The MLA also tendered his resignation from being the associate member of Delimitation Commission from Manipur. 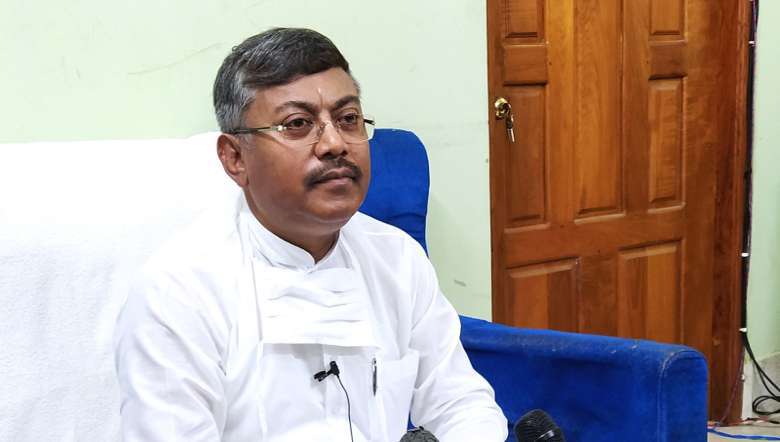 Manipur Member of Legislative Assembly Govindas Konthoujam on Friday accused the Centre of bulldozing the delimitation of Manipur without consulting other political parties, stakeholders and the people of the state. He also tendered his resignation from being the associate member of Delimitation Commission from Manipur.

Speaking to media personsat his Ningthoukhong residence, former minister and MLA representing Bishnupur Assembly Constituency, Govindas, said that he has forwarded his resignation letter to the Assembly Speaker, citing the reasons for his action.

While announcing his resignation, the MLA stated that he does not want to be associated with the commission which could do nothing to prevent the imposition of delimitation in Manipur in an undemocratic way.

Pointing out that delimitation of Manipur may lead to serious impact and implications on the society and the general masses, Govindas said that he is not in favour of the Centre’s action as a lot of “objections” had been raised from various quarters.

“Many organizations and people have argued that the delimitation exercise cannot be applied in Manipur on the basis of the report of 2001 census as there had been unreasonable/disproportionate increase of population in some districts of the state,” the MLA said.

In his resignation letter submitted to the Assembly Speaker on July 7, the MLA also mentioned that in spite of objections raised from various angles, the authorities concerned of the Delimitation Commission of India decided to proceed with the process based on the report of 2001 census which is against the “will of the people” and the same process will be “against the wish of the majority of the population of the state”. He also argued that it served the vested interests of some particular section of the people only.

Govindas warned that under the given circumstances, the proposal for conducting delimitation in the state may invite “untoward problems/agitations in the entire state”.  He said he had no other alternative but to tender his resignation from the membership of the commission.

It may be mentioned that Govindas along with MLAs Samuel Jendai (then BJP), Yengkhom Surchandra (INC), Vungzagin Valte (BJP) and Sapam Ranjan (BJP) was nominated by the Manipur Assembly Speaker to be associate members of the delimitation commission and their names were forwarded to the Delimitation Commission, New Delhi on May 26, 2020.