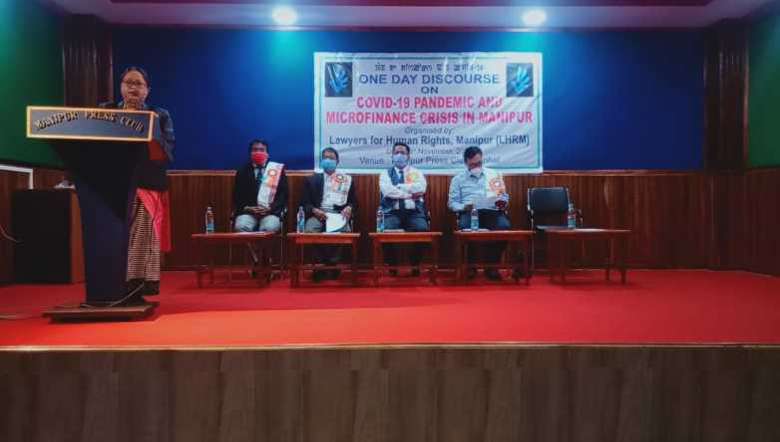 Lawyers for Human Rights Manipur (LHRM) has urged the state government to make an appropriate regulation for the functioning of microfinance companies in the state at the earliest.

Speaking to the media on the sidelines of the ‘One day discourse on COVID-19 pandemic and microfinance crisis in Manipur’ held on Sunday at Manipur Press Club, Imphal, executive director of LHRM Korouhanba Luwang said that many microfinance companies are apparently cheating the public as there is a huge difference in the interest rate for investing and loan amount. It is unfortunate that the government remained a silent spectator when such advertisements are published to the public, he added.

The microfinance companies need to reduce the interest rate for the investment so that they can pay the interest easily. It would also be better to extend the weekly or daily collection to a monthly collection of loan, to ease the loanees, he suggested.

The executive director also mentioned that LHRM may file a PIL, if necessary, before the High Court in order to let the court direct the state government to make a proper regulation for the functioning of microfinance companies.

Korounahnba maintained that the present pandemic has led to a big crisis for microfinance in the state. During the pandemic, LHRM received many complaints in connection with the crisis of microfinance. However as there is no proper regulation of the government for the functioning of the microfinance, no case was taken up, he said.