The programme was attended by 12 chiefs of the area and social workers. 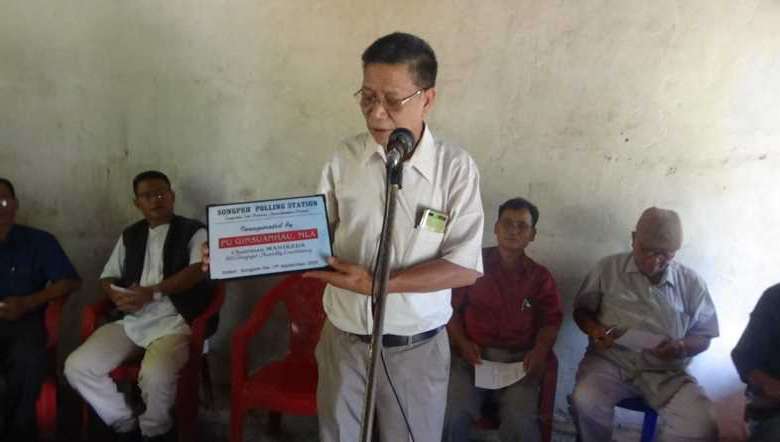 Chairman of MANIREDA and former MLA of Singat, Ginsuanhau Zou inaugurated polling station for the coming by-election at Songpeh village on Saturday. After Ginsuanhau had resigned last month, the seat of the assembly constituency has remained empty, for which the by-election is expected to be held by November this year.

The programme was attended by 12 chiefs of the area and social workers where the former MLA said that he had resigned from his memberships of the State Assembly to save the government led by the present chief minister, who is working for people’s welfare and the frontal organisations like UPF and KNO which are under SoO and in talks with the government.

Ginsuanhau continued that as he dared to resign for the good of the people and he expects that he will be re-elected, preferably unopposed, which was echoed by other speakers like Robert Haokip who praised the former MLA for his bold decision and requested people to re-elect.

In the afternoon, the chairman of MANIREDA also attended the prize distribution of Zou Sangnaupang Pawlpi GHQ Meritorious Awards 2020 for Class X and XII where he distributed meritorious awards to 12 students among Zou community who excelled in various subjects. The programme was also attended by leaders of UZO and ZYO GHQ and Mualum MDC, Grace Zamnu and others.