A man trying to transport contraband items from Moreh to Imphal was arrested by the Assam Rifles personnel near Moreh on Wednesday. 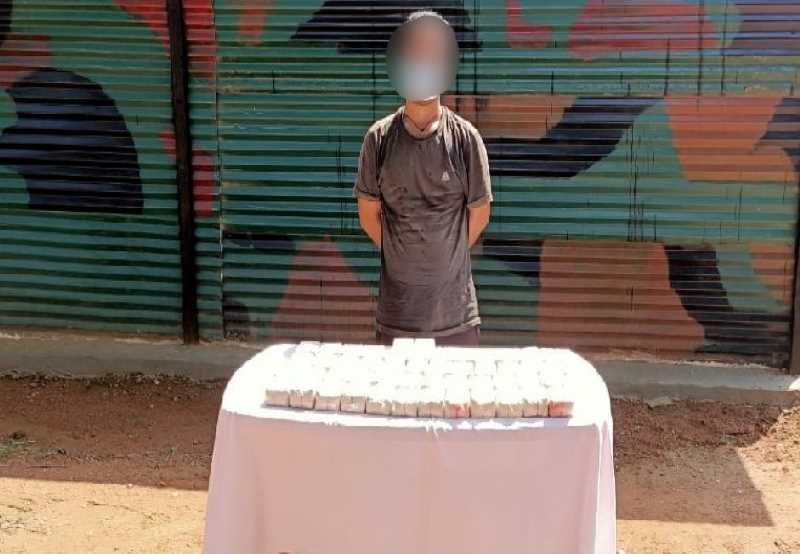 A man arrested with drugs worth crores of Rupees by the Assam Rifles personnel near Moreh town on June 24, 2020 (PHOTO: IGAR)

A huge quantity of contraband items worth crores of Rupees was seized from the possession of a man who was arrested by the Assam Rifles personnel near Moreh on Wednesday, sources said.

The incident occurred along a jungle track near Moreh, the HQ IGAR (South) said in a release.

The arrested, identified as 33-year-old Minthang Mate, son of Letzang Mate of Lhangnomveng village, Moreh Ward No IX, was moving along a jungle track trying to bypass the Khudengthabi check post when the troops saw him, it added.

On seeing the forces, the man tried to escape taking advantage of the thick vegetation but could not succeed, the release stated.

On frisking, huge contraband consisting of 500 small packets containing approximately 1 lakh WIY tablets worth crores of Rupees were recovered from his possession, the HQ IGAR (South) release stated, adding that the drugs were being transported from Myanmar to Imphal, it added.

The Assam Rifles Battalion, Moreh said the movement of contraband items has increased along the Imphal- Moreh axis during the COVID-19 lockdown.

This is the third such recovery by AR Moreh Battalion in a span of one week on the jungle track near Moreh.

The arrested along with the recovered items have been handed over to the Moreh Police Station, the release added.

Ready to receive punishment as per law if …