Police said that the accused was arrested along with the drugs from the Tri junction of Thiyam Road, Imphal East at about 3.10 pm. 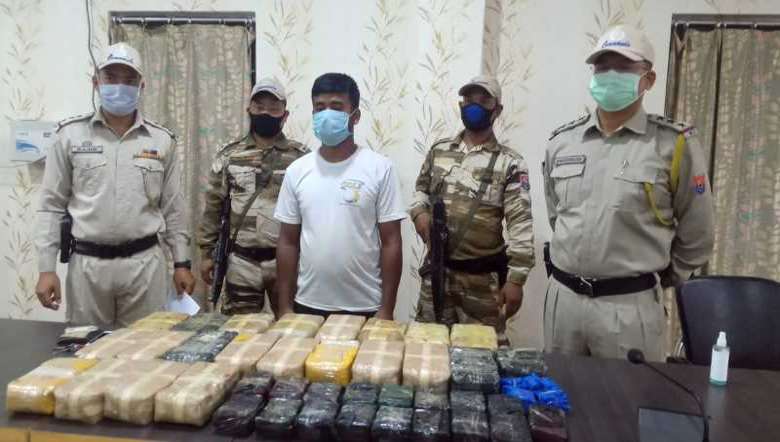 The drug peddler has been identified as one Md Atlap alias Amuba, 27, son of Md Niyamat Ali of Sora Ching Wangma, Kakching district.

Police said that the accused was arrested along with the drugs from the Tri junction of Thiyam Road, Imphal East at about 3.10 pm.

It is said that Atlap was apprehended while carrying the drug consignment in a vehicle (Tata Magic bearing registration number MN03A-4642).

Another 17 packets wrapped by black plastic containing one soap case, each soap case having suspected heroine number 4 powder, were also seized by the police team.

During interrogation, the police said, Altap disclosed that the drug consignment belonged to one Md Wahidur of Sora Ching Wangma, Kakching district.

The arrested person along with the seized drugs, have been handed over to Irilbung police station for further investigation. The operation was conducted under the supervision of superintendent of police, Imphal East