The PHED minister said the major projects sponsored by the North East Special Infrastructure Development Schemes (NESIDS) in Churachandpur, Senapati, Tamenglong and Moreh are all in completion stage. 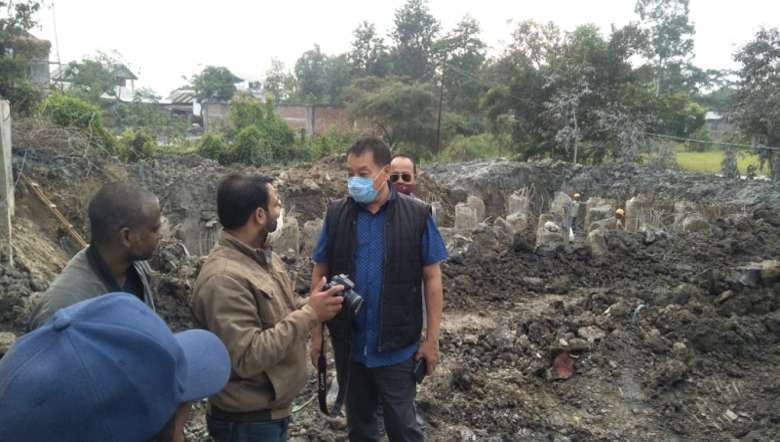 Manipur PHED Minister Losii Dikho has expressed confidence that the state will achieve the target of "Water for All" mission by 2022 before the target year of 2024 set by the Prime Minister Narendra Modi-led government.

Inspecting the project sites and closely monitoring status reports of projects and schemes presently executed, the minister stated that the targets will be achieved in time.

"With encouraging progress reported in all PHED-related drinking water supply schemes and projects implemented in Manipur under the dynamic leadership of CM Biren-led Government, the state’s drinking water system will be at its best very soon,” he said.

Manipur has been granted funds under the Jal Jeevan Mission (JJM) & New Development Bank (NDB) to achieve drinking water for all targets by the Centre.

Providing details, the PHED minister said the major projects sponsored by the North East Special Infrastructure Development Schemes (NESIDS) in Churachandpur, Senapati, Tamenglong and Moreh are all in completion stage.

The project in Churachandpur district has been well completed before nine months of the actual target while that of Senapati district will be completed within this year, he added.

The minister maintained that the schemes will cover both hills and valley with proper pipeline, water reservoirs, overhead water tanks and home to home connections. "For the past few weeks, I have physically inspected the ongoing work sites at Langol, Langjing, Khuman Lampak, Tera, Iroisemba, Chingtham Leikei, Ghari-Zone1, Sajor Leikei, Porampat, Sangaiprou, Old and New Thumbuthong and many other places in the hill districts of Manipur as well,” he said.

Losii also said that many projects in Imphal areas are executed by SPML and Keystone Pvt Ltd companies.

While saying that those areas not covered under JJM will be completed and sponsored under NDB funds, he stated that the tender process of NDB funded projects is expected to complete within the next month.

Assuring drinking water facilities in all parts of Manipur, the minister further said that he will personally inspect all possible worksites and strictly supervise the executions of works in close coordination with department officials, especially during the dry season.