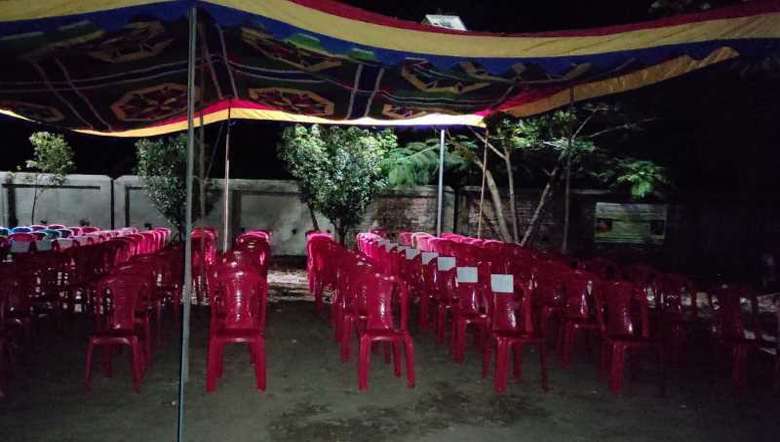 Necessary preparations are in place for the by-elections in four assembly constituencies in the state to be conducted on Saturday. As many as 1,35,212 voters, including 66,807 males and 68,400 females will exercise their franchise to seal the fate of 11 candidates in the fray. Of the total 11 candidates, four are INC, three BJP, three independents and one NPP.

Polling parties and security personnel reached their respective polling stations on Friday. Voting will begin at 7 am and conclude at 5 pm. Around 2,294 polling personnel, including security, will be used in a total of 203 polling stations spread across the four constituencies.

In view of the COVID-19 pandemic, poll will be conducted adhering strict Standard Operating Procedure (SOPs) issued by the ECI.

For the first time, the state will be using ‘mark-III’ electronic voting machine (EVM) and voter-verified paper audit trail (VVPAT) that are procured from Assam and Mizoram and manufactured by ECI limited.

In Wangoi, a total number of 205 polling personnel including security will be used in 41 polling stations and 28828 voters will cast their votes to seal the fate of three candidates, BJP, NPP and INC.

The by-poll in Saitu will be a straight fight between arch rival BJP and INC. Veteran politician and BJP candidate, Ngamthang Haokip will be up against a new face Lamtinthang Haokip of INC.

Around 525 polling personnel and security will be used in 70 polling stations. There are 40,257 eligible voters in Saitu out of which 19,755 are male voters and 20,498 are female voters apart from four other voters.

The ECI had scheduled for by-polls in five constituencies namely Saitu, Singhat, Lilong, Wanjing Tentha and Wangoi. However, BJP candidate Shri Ginsuanhau Zou @ GS Haupu was elected unopposed from Singhat AC (ST) after Independent candidate Chinlunthang withdrew his nomination. With this, there are 12 seats lying vacant in the state. The counting of votes will be conducted on November 10.