COVID-19 Update: The curious case of the Russian vaccine

Russia claims that Sputnik V is safe, and efficacious and doesn’t elicit adverse side effects. It also asserts that the vaccine has completed all the necessary human trials. 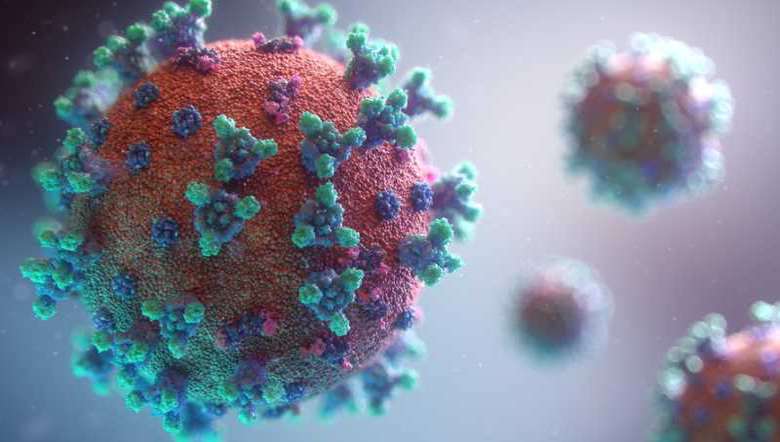 This new pandemic called Covid-19 has ravaged nearly all countries of the world and yet this alarming global scourge is still not showing any signs of slowing down. As of this writing, there are nearly 21.4 million cases of infection globally, with nearly 7.6 lakh deaths. India is the third worst affected country, with over 25 lakh (2.5 million) cases of infection, and nearly 50,000 deaths.

Manipur’s situation is not yet alarming but there is also no room for complacency. The government is taking all possible steps, I believe, to contain the disease. However, if the public doesn’t strictly abide by the recommended control and preventive measures such as use of masks, social distancing, hand hygiene, regular use of soaps and hand sanitizers and religious maintenance of quarantine/isolation SOPs, the outbreak may go out of control! Till date, the number of cases in Manipur have shot up to 4,390 and the number of deaths stand at 13.

In this column, I would like to review the claim of the world’s first COVID-19 vaccine, Sputnik V, produced by Gamaleya Research Institute, Moscow.

It’s a vaccine made by Gamaleya Research Institute of Epidemiology and Microbiology based in Moscow, Russia. On August 11, 2020 Russian President, Vladimir Putin announced that Russian regulatory agency has approved the Gamaleya vaccine for use in humans and the next day the vaccine was slated to get registration. Russia indeed made a loud political statement with this vaccine but the scientific merits of the Russian vaccine has been questioned by various scientific quarters.

The first batch of the vaccine is being produced shortly, and Russia plans to give the shots first to healthcare workers, teachers, and the elderly.

Russia plans to start mass vaccination campaigns in October 2020. Though the vaccine has been technically named Gam-COVID-Vac, it has been nicknamed Sputnik V reminding the world of the early space race of the 1950s when the erstwhile Soviet Union launched the world&#39;s first artificial satellite, Sputnik, on October 4, 1957.

Gam-Covid-Vac has been made using the viral vector platform. It uses inactivated (non-replicating) adenovirus-a kind of virus that causes common cold in humans. The virus has been genetically engineered to carry the genes for the spike protein of SARS-CoV-2, the coronavirus that causes Covid-19.

The virus carrying the spike gene can enter the human body (as the parent adenovirus causes common cold) but would not replicate and cause disease in human volunteers.

The gene for the spike protein would get expressed, producing the spike protein inside the human body, eliciting immune response (antibodies or T cells or both) that protects humans or prevents humans from infections with Covid-19 disease.

As of August 10, 2020, the WHO has listed 139 candidate vaccines in various stages of development. Of these, 28 are in different phases of clinical trials (Phase 1/2/3). Six (6) candidates have reached the advanced (late-stage, phase-3) clinical trial: Oxford vaccine (UK). Sinovac vaccine (China), Sinopharm vaccine (2 candidates, China), Moderna vaccine (US), and BioNTech vaccine (Germany, together with Pfizer Co., US). Of these, the Oxford vaccine has begun phase 3 trials in Brazil and South Africa, the

Sinovac vaccine too started phase 3 human trials in Brazil, and that of Sinopharm vaccine began in UAE. On July 27, 2020 phase 3 trials of Moderna and BioNTech vaccines have started in US.

However, phase 3 trials are the most critical and comprehensive stage. It may take several months to pool, analyze and clear the clinical data. At the end of this late-stage trial, the candidate must both be safe to use and effective (in preventing the disease).

Moreover, there are questions of equity i.e. would the candidate that pass the final hurdle go to the richest or to those most in need? The vaccine must, therefore, be priced at affordable rates or, preferably distributed free by the respective governments.

Several promising candidates may fail at advanced trials. Even if one or more candidates pass the ultimate hurdle, there are the vexing issues of vaccine nationalism, manufacturing, pricing, distribution, and re-validation/re-production (if SARS-CoV-2 undergoes significant mutations) etc.

The Gamaleya vaccine is listed by WHO as a candidate in Phase 1 trials.

Russia claims that Sputnik V is safe, and efficacious and doesn’t elicit adverse side effects. It also asserts that the vaccine has completed all the necessary human trials. It also claims that about 20 countries have placed advanced orders of the Gamaleya Vaccine to the tune of 1 billion doses. However, many perplexing questions still remain to be addressed.

Despite Russian claims, the preliminary trials of the vaccine began only on June 18, 2020 and it has been tested only on 76 healthy individuals of the age group, 18-60 years. However, data about these trials have not yet been published in any peer-reviewed journal.

Moreover, Russia seems to have fast-tracked the vaccine development process by skipping the all-important and most crucial late-stage (phase 3) trials. Phase 3 clinical trial is the most important process in the journey of a vaccine. At this stage, the candidate vaccine is to be tested in several thousands of human volunteers (usually 10,000-30,000) belonging to various categories of age, sex, ethnicity, and health conditions.

The Gamaleya vaccine is a curious case of a vaccine being approved first and then followed up with the crucial phase 3 trials later.

In contrast, the Moderna and Pfizer vaccines have begun the phase 3 trials involving thousands of volunteers and the process is expected to end only towards the end of 2020. None of these as well as the Oxford and the Chinese vaccines have staked the claim of completing the trial and getting approval for human use yet.

The vaccine development process is much more rigorous than that of the drug as the latter has to be given to specific categories of patients showing pathophysiological symptoms to be addressed by the medicine, whereas a vaccine has to be given to several millions or even thousands of patients suffering from a bacterial or viral disease, Covid-19 in the present context.

Phase 3 requires a large number of volunteers and several months of observations. This phase evaluates the overall safety and effectiveness of the vaccine as well as its ability to prevent the disease: Covid-19, in the present context. Volunteers receiving the vaccine would be compared with those receiving placebo (vaccine-like solution or suspension, e.g. saline solution, but not the actual vaccine) in terms of susceptibility to the disease in the real-world situation. The observations need to be assessed over the course of several months.

Moreover, we need to evaluate the probability of rare side effects of the vaccine manifesting their harm when the vaccine gets deployed in millions of people. That’s why the candidate vaccine needs to be tested in thousands of people over the course of several months and the data needs to be published in the form or peer-reviewed articles to be evaluated by the scientific community in a transparent manner.

If a vaccine has a potential to produce a rare side-effect (0.1 per cent frequency, for example), then the effect would be manifested only if you use thousands of volunteers, not among hundreds (and, of course, would be manifested in thousands of people, when the vaccine is deployed in millions of people). Also, an adverse side effect may erupt slowly, several months after the vaccine has been injected. That’s why late-stage trials must be done with several thousand volunteers and efficacy, safety and side-effects monitored for several months.

There are also the issues of whether the immune response generated by the vaccine is temporary or lasting (over several years), if the response is only antibody-mediated or if it also involves T cell immunity, in addition; and whether just one shot of the vaccine is sufficient or if subsequent booster shots are needed.

Only when, the benefits outweigh the risks, a candidate vaccine should be approved, and deployed in millions/billions of people on a large scale.

It’s because of the reasons cited above that a vaccine usually takes 10 or more years to develop. The world’s fastest vaccine, mumps vaccine, took 4 years from initial development to release.

The Sputnik V underwent early-stage trials for less than 2 months, with just 76 volunteers, with no data yet shared with the international community.

Russia has another candidate vaccine under development by the Vector State Center of Virology and Biotechnology (Vector Institute).

As the Russian vaccine leaves much that’s desired, the world cannot welcome it with open arms as yet. We have to fondly hope that another vaccine, Oxford, Moderna, or Pfizer or one of the Chinese vaccines hit the market sometime in the first half of 2021. As Bill Gates of the Gates Foundation says, the better vaccines will not be the first ones to arrive but those that come later!

There is as yet no approved cure or vaccine for COVID-19. Meanwhile, it’s likely that the number of morbidities and mortalities would continue to soar across most parts of the world, including India (and Manipur). What then should we do meanwhile before the development of an approved cure or vaccine? The government must strictly enforce the standard SOPs for tracing, testing, and treating potential infection cases. Within the limits of the available budget, testing must be scaled up to catch more of potential infections including asymptomatic cases. If feasible, antibody based screening (serosurveillance) may be done in infection hotspots to monitor the spread of the infection and percentage of population who has developed immunity against the Covid-19 virus. The general public must also religiously abide by the necessary control and prevention measures; we need to be a tad altruistic: please remember that you’re sacrificing a little bit of your creature comforts not just to save your own life but also others’ lives!