The core committee on Manipuri language consists of 13 members 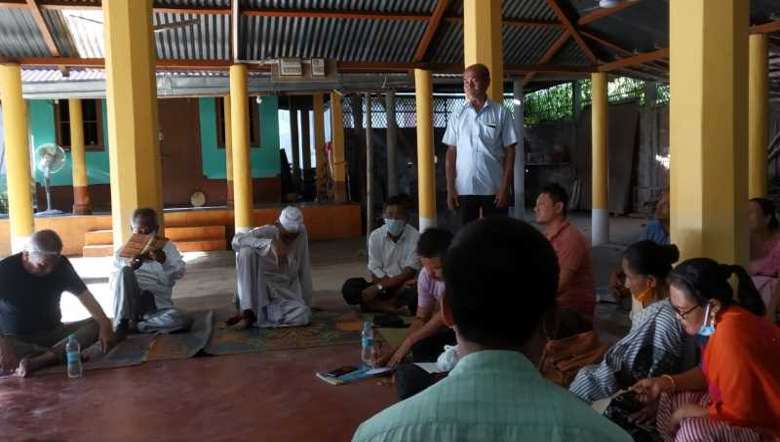 A core committee was formed in a meeting organised by Manipur Youth Front of Assam (MYFA) at Gurumayum Mandop, Cachar, Lakhipur on July 4, 2020 (PHOTO JNN)

LAKHIPUR: To strengthen the movement to make Manipuri language an associate official language of Assam, a core committee consisting of 13 members was formed on Tuesday.

The committee resolved to call a joint meeting with all the civil voluntary organisations of Assam on August 10, followed by a sit-in-protest in the areas of Silchar, Lakhipur and Sonai on August 21.