Biswajit instructed concerned officials of the department to prepare a new Detailed Project Report for the construction of the academy. 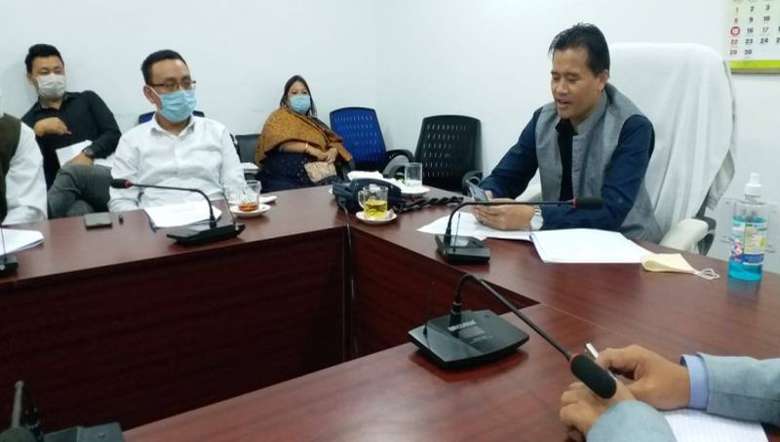 Manipur Works Minister Thongam Biswajit on Monday said that the construction of Manipur Judicial Academy at Pangei will be commenced at the earliest.

He instructed concerned officials of the department to prepare a new Detailed Project Report for the construction of the academy. The meeting was attended by Registrar General of Manipur High Court, Law secretary, PWD chief engineer (Building) among others.

Later in the evening, Biswajit, who also holds the Textiles, Commerce and Industries portfolio chaired another meeting reviewing geology and mining activities in the State.

During the meeting, setting up of a cement factory in the State was discussed among other things. The minister observed that large deposits of Chromite and Limestone have been found in the State mainly in Chandel and Ukhrul districts, however, any mining lease requires approval of the Central Ministry.

The minister instructed the officials to acquire the Geological Survey of India’s survey reports on location of available minerals and mines in the State.

He further asked the officials to initiate the process of auctioning off the mines found in the State. On their part, officials of the department highlighted the issues faced in mining activities in the State.