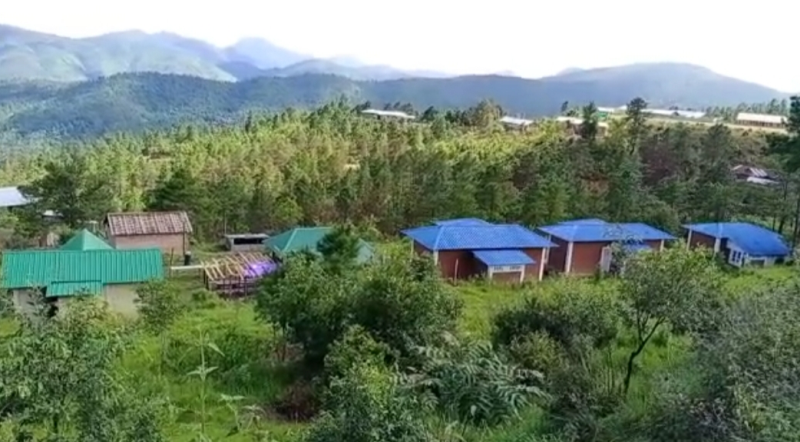 According to the report of COVID-19 test done at RIMS on June 26, the samples of the returnees were collected on June 22 and 23 and their test results were declared on June 26. Since, their COVID-19 test results came negative on completion of 28 days of quarantine period, a total of 15 returnees at SDO/BDO Chingai Quarantine Centre were released on the afternoon of June 27. The returnees were given discharged certificate duly signed by the Medical Officer of PHC Chingai.

On their way home, villagers shook hands and greeted them for observing the guidelines and coming out negative for the virus. Their celebration and joy were short lived as they received a report around 7:30 pm that 12 of them from SDO/BDO Chingai Quarantine Centre had been tested positive. Based on the COVID-19 tests done at RIMS on June 27, as per the samples collected on June 22 and 23, 12 of them tested positive.

The COVID-19 test results caused confusion and has become a great cause for concern for the people.

"All the returnees who were discharged in the afternoon of the day were sent back to the quarantine centre at around 1:00 am of June 28, after much persuasions," informed, headman of Chingai Village, Akan K Shimray.

One of the returnees informed this correspondent that their samples were collected on June 24 and not on 22 June as mentioned in the COVID-19 test report of June 26, 2020.

Another returnee informed that their samples were collected on June 24, but it is being mentioned as June 23 in the report of daily COVID-19 testing details. "My two-year-old son is one of the positive cases whereas I and my wife were negative but along with our son, we have to go back to the quarantine centre again."

Chinaoyo K stated, "I was tested negative on June 17, 2020 but since some of my inmates tested positive, I was retested and the result came as negative on June 26. I was discharged from SDO/BDO Chingai Quarantine Centre on June 27. In the evening, around 7:30 pm, I was informed that I am among those whose result came positive ."

"I don’t have any knowledge about this test and the result but for the safety of everyone, I have gone back to the quarantine centre. My swab samples were collected twice I have got the result of the two tests. But this third test result of June 27 is something I am still baffled. No swab samples were taken for the third time,” he added.

Similar cases have also taken place at Ramva, Halang, Pharung and Mapum.  Chairman of Ato Longphang (North Zone) Dearson Chamroy informed this correspondent that the returnees of Halang,  Pharung and Mapum villagers who were tested positive (as per test report of June 27) were still on quarantine since they were yet to complete the mandated 28-day period.

It is learnt that returnees of Ramva village were discharged and were already home when they received their report of being COVID-19 positive. In this regard, District Commissioner of Ukhrul, Joseph Pauline Kamson has issued an order dated June 28, declaring the whole village of Ramva and Chingai as containment zone. In a separate order, the whole residents of Chingai and Ramva villages are ordered to "completely refrained from moving out of their homes and remain in isolation under home quarantine with immediate effect."

There is confusion and anger among the returnees and villagers. Many people are questioning the way the tests are conducted. "Leave politics aside and biased testing. The faulty report of test result has defeated the whole purpose of undergoing 28 days period of quarantine. The chances of community transmission is very high in Ukhrul. We can only hope and pray that the COVID-19 test result of June 27 is not true" stated President of TMNL, Somatai Machinao. 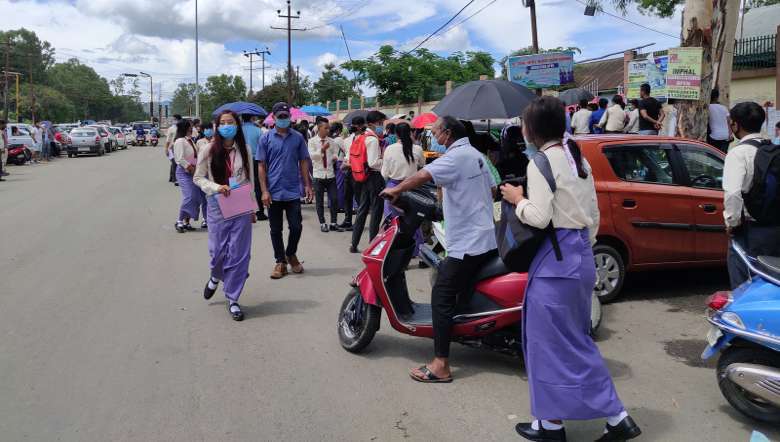