The District Hospital Construction Demand Committee moves against the delay in the construction of hospital in Mayang Imphal, Manipur 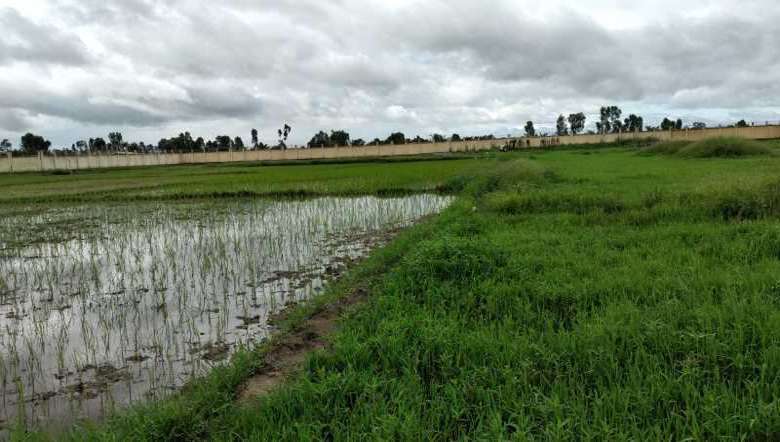 Cultivation of paddy in land for construction of district hospital in Mayang Imphal (PHOTO: IFP)

The District Hospital Construction Demand Committee, Mayang Imphal, has warned of launching various forms of agitations with support from other organisations in the state if the construction work of the hospital did not start by August.

Questioning the authority concerned for the delay in the construction, the committee on Sunday asked the state health minister whether he was aware of the ongoing paddy cultivation inside the hospital premises.

Hakim said the locals were happy to know that a hospital will be constructed in the area and they even voluntarily sacrificed their paddy fields for it. But at present, some individuals who are not the owner of the land have started cultivating inside the hospital premises since the construction of the hospital has not started yet.

He questions whether the medical directorate has given approval for the cultivation and whether the health minister is aware of the ongoing cultivation inside the premises of the hospital which is around 7-8 hectares.