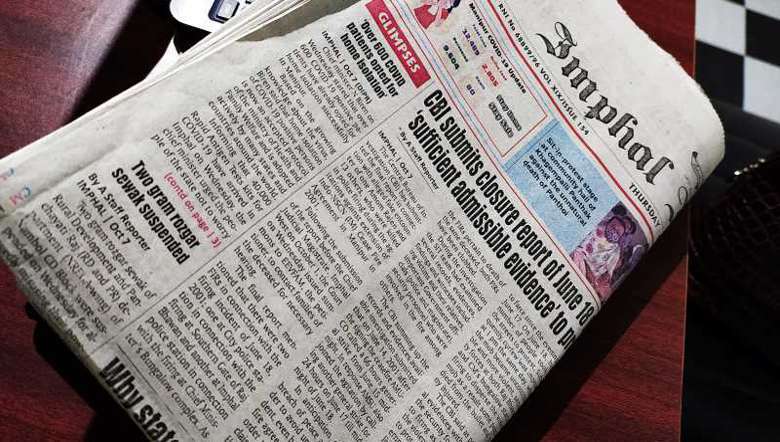 The District Child Protection Unit (DCPU), Wangjing, Thoubal district has condemned the act of threatening by the family members of a girl and people of the locality when the team of the unit went to have a talk regarding child marriage of the girl on Saturday.

“It is extremely unfortunate that such an act on the people who work to protect the child right under the Ministry of Women and Child Development, Government of India still exists in this society,” staff of DCPU, Sarangthem Sobita said at a press meet held on Sunday.

Responding to the complaint, the team of DCPU along with Legal cum Probation Officer (LPO) of Thoubal and Child Marriage Prohibition Officer (CMPO) of Chandel went to the residence of Leikhrapam Radhamani Singh at Heirok Kabo Leikai, Thoubal. However, the concerned person was not available. Later, the team met the family members of neighbouring house and informed that child marriage is punishable under Prohibition of Child Marriage Act, 2006. They were also enlightened about child rights which should be afforded to every citizen below the age of 18 and advised them to bring the girl child to Child Welfare Committee (CWC), Thoubal at the earliest, Sobita added.

She further said the CMPO further visited one Laishram Premjit at Kairembikhok and informed about the prohibition of child marriage.

In continuation with the procedure, the DCPU team contacted Radhamani through phone and asked him to bring the girl child to CWC but he opted to have a talk at his residence. Later, three members of the unit including S Ingocha and N Sapana went to his house around 2 pm on Saturday but instead of having a talk, they were mentally harassed inside a locked room and their phones were snatched by the family members and locals of the area, said Sobita.

Later, DCPU officials informed SP of Thoubal, S Ibomcha and a police team immediately reached the spot and controlled the situation. The three members of DCPU were taken out of the locked room at 7:30 pm, she added.

Sobita expressed gratitude to the police team for rescuing the DCPU officials before the situation became more serious.