Jayantakumar said that the celebration of the POSHAN MAAH signifies the necessity of giving awareness on the importance of nutritional values. 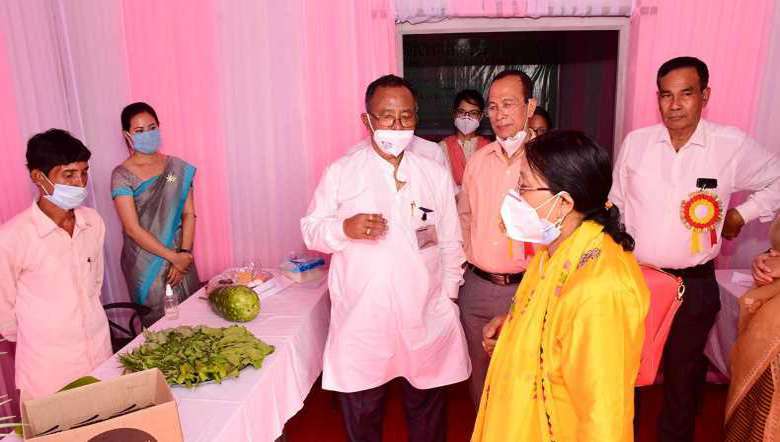 Health and Family Welfare Minister L Jayantakumar Singh has urged officers and staffs of AYUSH department to have a vision and be focussed on it while serving in any institution or department.

Speaking as chief guest at the POSHAN MAAH celebration held at the 50-Bedded AYUSH Hospital, Lamphelpat, Imphal, Jayantakumar said the celebration of POSHAN MAAH spreads the message of health is wealth. To maintain good health is the responsibility of every one, he said.

The minister said the government has been introducing several policies and initiatives to maintain public health. He said that department of social welfare has also been initiating many schemes for the welfare of women, children and old age persons.

Jayantakumar claimed that right from pregnancy stage, pregnant women have been taken care of their health and hygiene under different schemes of the government. The concept of good health can be applied to all categories of people. But only theoretical implication will not be beneficial to public until it gets converted to practice, the minister added.

Jayantakumar said that the celebration of the POSHAN MAAH signifies the necessity of giving awareness on the importance of nutritional values. He said that mutual cooperation between Health, Social Welfare and Education departments need to be maintained since these three departments are correlated, he added.