Executive member of state BJYM, Ksh Priyobrata alleged that Ramkrishna is not eligible to be appointed as state president. 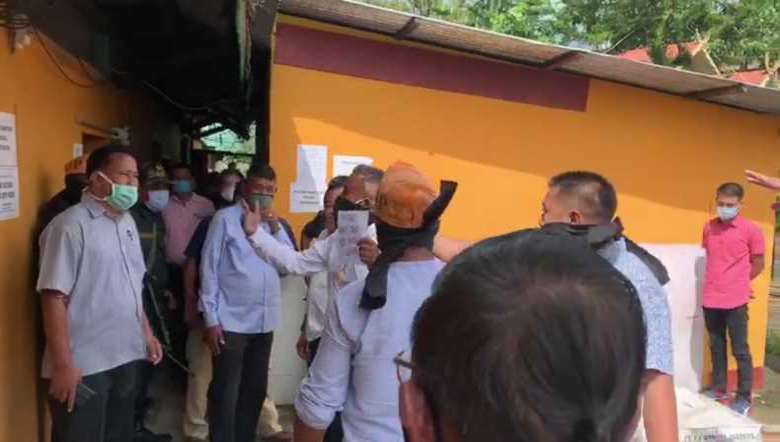 Ramkrishna was appointed as state president BJYM on August 15 under the rules for morchas and cells of the party’s constitution.

Speaking to the media on the sidelines of the protest, executive member of state BJYM, Ksh Priyobrata alleged that Ramkrishna is not eligible to be appointed as state president. He is an anti-party person and joined recently from being a member of CPI. He was expelled from Thangmeiband BJP wing in connection to an incident in the past, Priyobrata. His appointment as the state president of BJYM is not legitimate, he added.

Priyobrata further said if Ramkrishna is going to take charge as the state president of BJYM, then members and volunteers of BJYM will not cooperate under his leadership.