If Jitendra Singh has exuded confidence in the potential, one must also take heed to comments made by Kiren Rijiju, MoS, Ministry of Youth Affairs and Sports and Minority Affairs who said that now the onus lies on all the eight Northeastern states to make bamboo a vehicle of prosperity for the whole region. 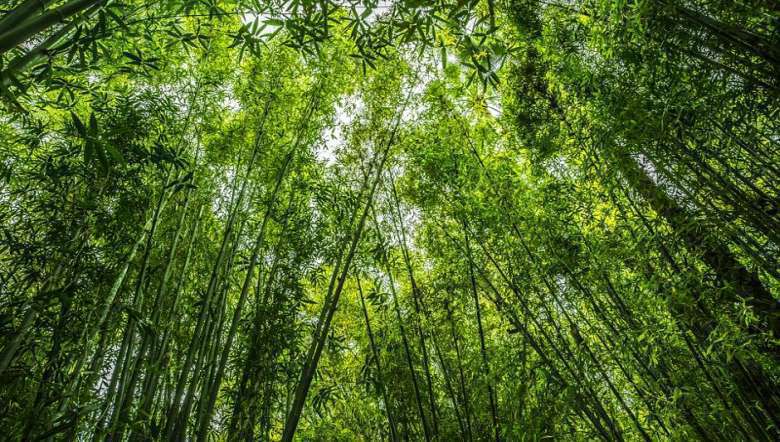 Scientifically, bamboos are known as a group of evergreen plants that belong to the grass family known as poaceae. They grow in varied climates and mainly spread through their roots or rhizomes. Scientists have long concluded that bamboo is not a tree but a grass. However, one also notes that according to the Indian Forest Act, 1927, it was considered a tree. This act made felling of bamboos from outside forest areas and the transportation of the same illegal. This had led to numerous issues and problems for bamboo growers in the past.

On December 20, 2017, a bill to exclude bamboo from the definition of 'tree' under the Indian Forest Act was passed by the Lok Sabha and categorised bamboo as a grass. Bringing bamboo outside the definition of the tree meant easing the burden on farmers and bamboo growers. This could be considered as a positive step in promoting all trades related to bamboo. The Government of India had also stated that the amended law will enable farmers to cut and transport bamboo grown on their land outside forests and this could have a progressive impact on the income of the farmers besides generating massive employment. It has been hoped that the development would make the Northeastern region of India prosper with tremendous potential in the future.

Till date, this hope has been kept alive after acknowledging the potential of the Northeast region is not only growing more bamboos but also in up-scaling the quantum of trade related to bamboo. The Union Minister of State (Independent Charge) Development of North Eastern Region (DoNER) Jitendra Singh on July 10 this year also stated that bamboo sector will be one of the important components of India’s Post-COVID economy. Addressing a webinar with various clusters of Cane and Bamboo Technology Centre (CBTC) and persons associated with bamboo trade, the minister said that bamboo will propel self-reliance in the Northeastern region and is going to be an important vehicle of trade for India and the sub-continent.

According to the minister, bamboo is not only vital to Northeast India's Post- COVID economy but it will also herald new momentum for Prime Minister Narendra Modi’s clarion call of “Vocal for Local”.  Jitendra Singh gave the mantra of “Create, Curate and Coordinate” for the bamboo sector for its full exploitation, branding, packaging, and marketing in India and abroad. He acknowledged that the present government of India had the capacity and the will to unlock bamboo’s potential to the highest level as 40 per cent of all resources were available in Northeastern region. However, the minister also lamented the fact that despite India being the second largest producer of bamboo and cane in the world, its share was only five per cent in global trade.

While the steps taken by the government are obviously aimed at enhancing the livelihood opportunities through bamboo related trade and industry, would the set objectives translate into tangible actions is the moot question. Can the government of India truly bring the Northeastern region at par with the more developed regions of the country through the bamboo industry as envisaged or will there be additional burden related to lack of capital investments or existing developmental and infrastructural gaps?  If Jitendra Singh has exuded confidence in the potential, one must also take heed to comments made by Kiren Rijiju, MoS, Ministry of Youth Affairs and Sports and Minority Affairs who said that now the onus lies on all the eight Northeastern states to make bamboo a vehicle of prosperity for the whole region. He had advocated that the union government must do “a hand-holding” for the same as the sector has not realized its full potential. Rijiju’s observation had hit the bull’s eye as his statement is not just based on hope and confidence but also on the true experience of the Northeast region.

While there is nothing wrong in expressing hope and infusing confidence, the bamboo growers should be made to feel that the environment is realistically favorable through correct and practical policy interventions. Given the current state of affairs as far as bamboo industry in the Northeast region is concerned, it is not enough to just feel that the grass is greener on the Northeast side.