DoNER Minister Jitendra Singh said bamboo is not only vital to India's Post- COVID economy but it will also herald a new momentum for Prime Minister Narendra Modi’s clarion call of “Vocal for Local”. 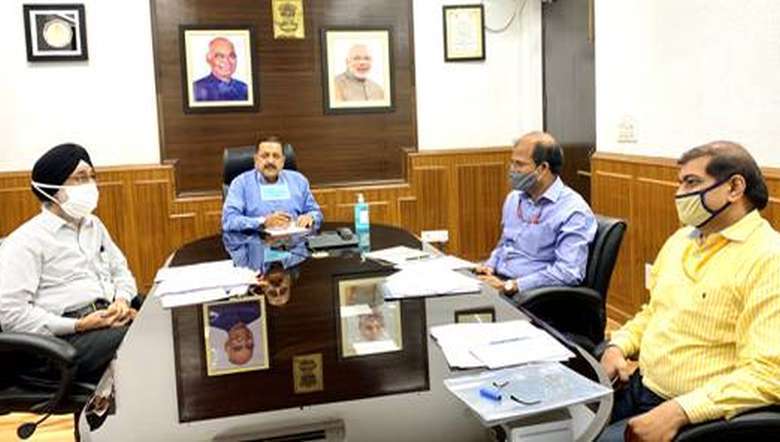 Union Minister of State (Independent Charge) Development of North Eastern Region (DoNER), MoS PMO, Personnel, Public Grievances, Pensions, Atomic Energy and Space, Jitendra Singh on Tuesday said that Bamboo sector will propel the Atmanirbhar Bharat Abhiyan in the North Eastern Region and is going to be an important vehicle of trade not only for India but also for the entire subcontinent.

This was observed in Delhi by Singh after a review meeting through video conference, in which senior officers from the Ministry of Development of North Eastern Region (MDONER) and North Eastern Council (NEC) Shillong participated. The Minister said that Bamboo is not only vital to India's Post- COVID economy but it will also herald a new momentum for Prime Minister Narendra Modi’s clarion call of “Vocal for Local”. He said that the sensitivity with which the Modi government views the importance of the promotion of Bamboo is evident from the fact that even during the lockdown period, the Ministry of Home Affairs on 16th April, while allowing limited activities in different sectors, allowed the functioning of bamboo related activities like planting, process etc.

According to a PIB release, Jitendra Singh took great satisfaction in the fact that MDoNER achieved 100 per cent work output even during the Corona crisis, as it was probably the first Ministry to implement cent percent e-office functioning much before the pandemic hit India. He also congratulated the team MDoNER for achieving 100 per cent expenditure during 2019-20 and appreciated the efforts of the Ministry for helping North Eastern States in developing Infrastructure for fighting COVID-19 and playing a coordinating role between NE States and various Central Ministries/Department, in various issues which required interventions by Central Ministries/Departments. Emphasizing the importance of seamless net facility for the overall development of the region especially during the current crisis when most of the activities are being carried out through online mode, the Minister urged the officers to coordinate with the Department of Telecommunications (DoT) to augment uninterrupted high-speed net facility in the North Eastern Region for its comprehensive socio-economic development.

The Minister was also apprised of the role played by North Eastern Development Finance Corporation Ltd (NEDFi)in promoting start-ups in the North Eastern Region in a very innovative manner by promoting local talent. It has also encouraged local entrepreneurship by providing venture funds to the prospective entrepreneurs especially in the MSME sectors and facilitated investment; domestic as well as foreign by friendly countries, in the region.  Jitendra Singh also interacted with the Director General, Border Roads Organisation, Lt. General Harpal Singh and other senior officials of the Border Roads Organization, BRO and addressed their concerns pertaining to the Northeastern Region.