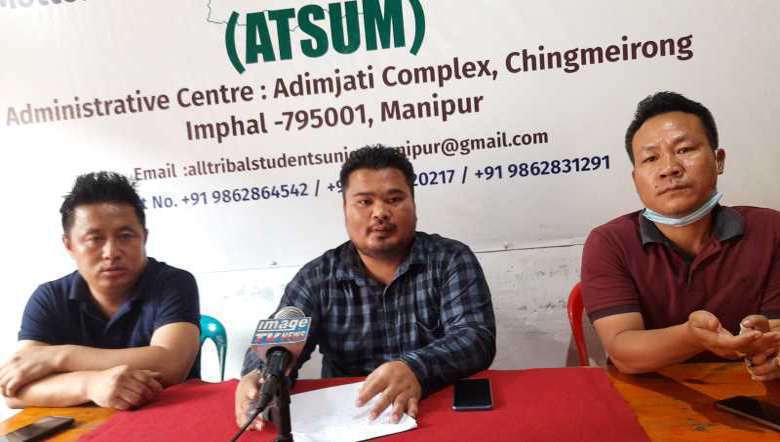 The All Tribal Students' Union Manipur (ATSUM) has announced to go ahead with its proposed 48-hour interstate bandh and ban on construction works of national projects in the state from October 26.

ATSUM Information and publicity secretary Khaiminlen Doungel said that at the invitation of the state government, a meeting between the government and ATSUM, including its federating unit, was held on Friday at the office chamber of minister of Tribal Affairs and Hills, Vungzagin Valte.

The ultimatum served by the tribal students body for timely conduct of ADC Election 2020 without any further extension of term of the office of all members of the six ADCs as recommended by the Hill Areas Committee (HAC) in its meeting on October 8, was discussed at the meeting, he said.

After the discussion, the state government requested for suspension of the proposed agitation and assured that the demand made by ATSUM will be discussed in the next cabinet sitting, Doungel said.

The ATSUM and its federating units, however, declined the state government’s proposal for suspension of the proposed stir as the demand to issue ADC Election notification was not materialised, he added.

Therefore, it was announced that the 48 hours interstate bandh and ban on construction works of national projects in the state from October 26 will remain effective, he further said.

According to KSO-GHQ, the demand of ATSUM for early conduct of ADC election is legitimate and has declared maximum support to the proposed 48-hour interstate bandh and ban on construction works of national projects in the state.

State secretary of ZSUM, Katoreiyang Pamei, said that the union has endorsed the genuine demands of ATSUM in the matter of ADC election in the hill districts of the state. He said that ATSUM had demanded and warned the state government to come out with concrete stand about the conduct of the ADC election within four days as the terms of the six ADCs had expired in May this year but was extended for another six months.

Pamei said that ZSUM is ready to support and cooperate and will take up any step in its jurisdiction according to the directive of ATSUM over its demand.