According to the study conducted by the ARIES team, the 1420.40 MHz images of several intense star-forming dwarf galaxies indicated that hydrogen in the dwarf galaxies is very disturbed 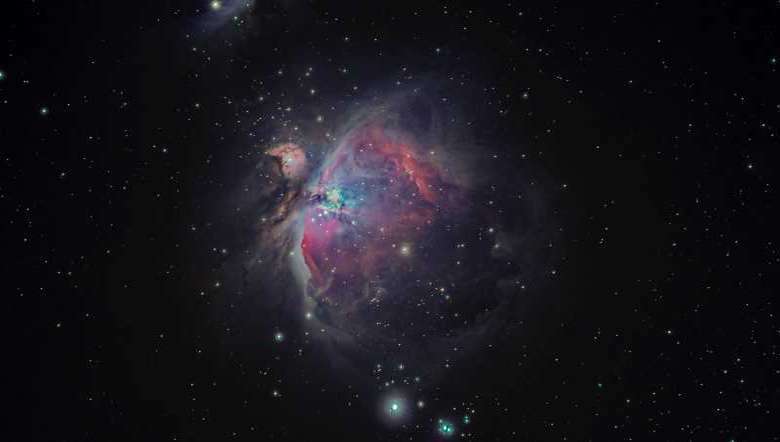 Amid the billions of galaxies in the universe, a large number are tiny ones 100 times less massive than our own Milky-way galaxy. While most of these tiny tots called dwarf galaxies form stars at a much slower rate than the massive ones, some dwarf galaxies are seen forming new stars at a mass-normalized rate 10-100 times more than that of the Milky-way galaxy. These activities, however, do not last longer than a few tens of million-years, a period which is much shorter than the age of these galaxies - typically a few billion years. Scientists observing dozens of such galaxies using two Indian telescopes have found that the clue to this strange behaviour of these galaxies lies in the disturbed hydrogen distribution in these galaxies and also in recent collisions between two galaxies, the Science and Technology Ministry stated.

To understand the nature of star formation in dwarf galaxies astronomers Dr. Amitesh Omar and his former student Dr. Sumit Jaiswal from Aryabhatta Research Institute of Observational Sciences (ARIES), an autonomous institute of Department of Science & Technology (DST), Govt. of India observed many such galaxies using the 1.3-meter Devasthal Fast Optical Telescope (DFOT) near Nainital and the Giant Meter wave Radio Telescope (GMRT). While the former operated at optical wavelengths sensitive to detect optical line radiation emanating from the ionized Hydrogen, in the latter 30 dishes of 45-meter diameter, each worked in tandem and produced sharp interferometric images via spectral line radiation at 1420.40 MHz coming from the neutral Hydrogen in galaxies, the ministry stated in a release..

Star formation at a high rate requires very high density of Hydrogen in the galaxies. According to the study conducted by the ARIES team, the 1420.40 MHz images of several intense star-forming dwarf galaxies indicated that hydrogen in these galaxies is very disturbed. While one expects a nearly symmetric distribution of hydrogen in well-defined orbits in galaxies, hydrogen in these dwarf galaxies is found to be irregular and sometimes not moving in well-defined orbits. Some hydrogen around these galaxies is also detected in forms of isolated clouds, plumes, and tails as if some other galaxy recently has collided or brushed away with these galaxies, and gas is scattered as debris around the galaxies. The optical morphologies sometimes revealed multiple nuclei and high concentration of ionized hydrogen in the central region.  Although galaxy-galaxy collision was not directly detected, various signatures of it were revealed through radio, and optical imaging, and these are helping to build up a story. The research, therefore, suggests that recent collisions between two galaxies trigger intense star formation in these galaxies.