BREAKING NEWS: The proprietor of Arun Enterprises will be contesting the next assembly election from Wangkhei assembly constituency. 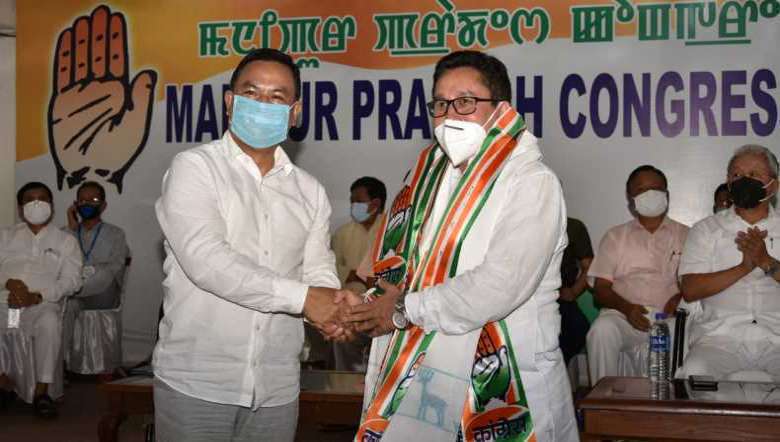 The seat of Wangkhei constituency has been lying vacant after its MLA Okram Henry resigned from the Congress party and joined the Bharatiya Janata Party (BJP).

Speaking at the event, CLP leader O Ibobi Singh hailed Arunkumar Thangjam as a promising leader who has determination to serve the people of his constituency in every aspects of development.

The CLP leader said it has been very unfortunate to see that a handful of so-called people’s representatives (six former MLAs of Congress) disregard the people's mandate and focussing in their political career. This is nothing but killing the essence of democracy, said Ibobi.

Arunkumar said he joined the Congress party, as it is the only party that has the potential to fulfill the aspiration of the people.

"I will try to serve the public in their best interest and hope they will support me to bring a change in the society," he said.