The Hundred Drums Wangala Festival of the Garo tribe in Meghalaya was held at Asanang in West Garo Hills every year since 1976.e 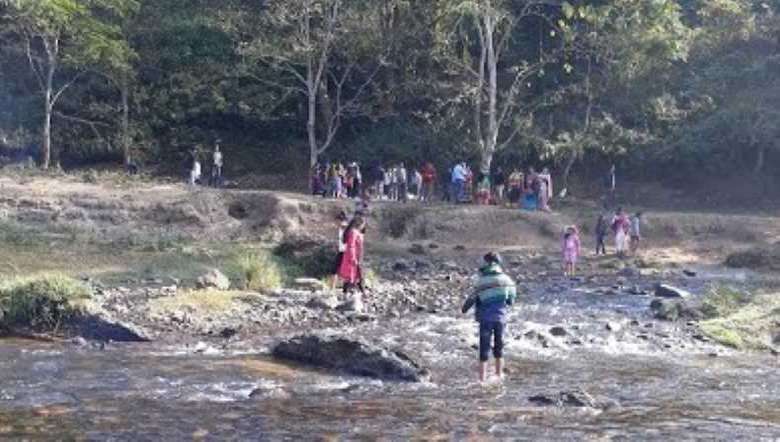 After 44 long years of holding the annual Hundred Drums Wangala Festival at Asanang, the venue this year has been shifted to Chibragre in Meghalaya’s West Garo Hills. Chibragre is located 14 km away from Tura town and 304 km from Shillong.

Wangala, the harvest festival of the Garo tribe in Meghalaya is also known as The Hundred Drums Festival, Wanma, Wanma Rongchua. This winter festival which is held every year at Asanang in West Garo Hills since 1976 has been shifted to Chibragre and will be low key this year in view of the COVID-19 situation. It will be held with a few rituals, the Hundred Drums Wangala Festival Committee (HDWFC) said.

HDWFC said it decided to shift the venue of Wangala Festival 2020 to Chibragre following resistance from the residents of Asanang. The decision was announced after a meeting held at Asanang on October 2.

“This is in view of the close proximity to Rongram and Asanang PHC, which is close to the venue and where some positive cases of COVID-19 were detected recently. Keeping in view the sentiments of Garo people and not to break the chain of celebration that has been going on since 1976, only limited troupes are being invited to participate in the festival with strict COVID-19 protocols and minimum presence of people,” said HDWFC convener FK Marak.

The meeting also decided that it will perform only two rituals, Rugala and Sa’sat So’a, in view of the safety concerns of the people.

“It was also decided that Do’chi Go’a and Kosi Songa, the two rituals for foundation laying ceremony, will be organised at its proposed site tentatively on October 7,” Marak said.

Do’chi Go’a is performed by Garos to see the good or bad omen before starting any foundation work while Kosi Song’a is the erection of stones to earmark the site for community reserve forest and such places are considered to be sacred places.

“These rituals form an essential part of the Wangala festival and are merely symbolic and in no way intend to dilute the faith and belief of any individual. It is expected that such rituals will help scholars and students who are researching on Garo customs, culture and usages,” said Marak.

The organisers plan to make the Wangala Festival venue self-sustainable with permanent huts for the 12 sub-tribes of the Garo tribe.

“The site is spread over 22 acre land. It will be designed in such a way that it is self-sustainable without having to depend on government funds in the future. It will have permanent huts for all 12 sub-tribes of Garos.

"The heritage village, among other things, will have a training centre on arts, culture and various traditional trades like wood carving, basket making etc, food courts, amphitheatre and projection halls, besides guest houses for tourists designed in traditional styles but to be equipped with all modern facilities,” Marak added.

Winter months are ideal time to visit this scenic place, Chibragre, which is located at the meeting point of two rivers, the Rongram and Gangol. The two rivers join the largest Brahmaputra river in Northeast India. The rainy season sets in as early as February in this place which is now a tourist destination.

(With inputs from NNN)