The poly pipes were given to the PHED department of the two districts under 15th Tied Grant for Jal Jeevan Mission. 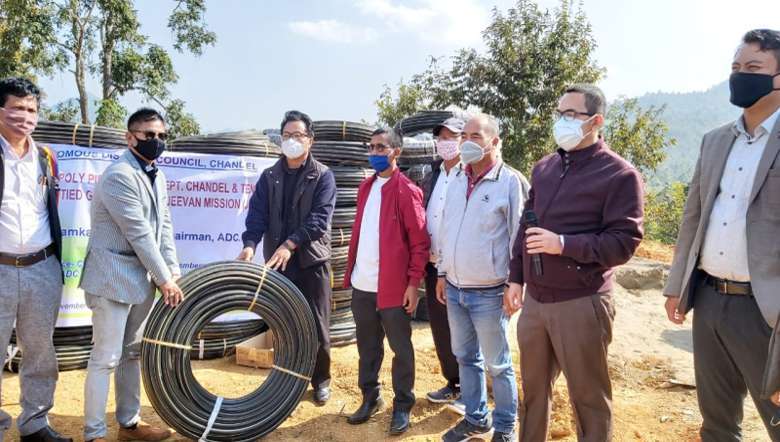 Vice chairman ADC Chandel Tongpao Mate handed over the poly pipes in the presence of executive members, members and advisors of ADC Chandel.