A chaotic society - in pursuit of unity and peace

A  chaotic world- a chaotic society we live in, makes it hard for people to survive and live life where love and peace are replaced by pride and wars, where election are held and conducted on ground of clanism, money and barrels. 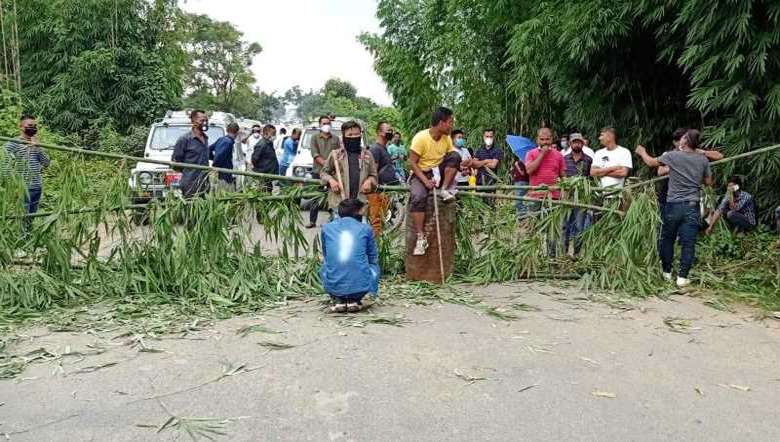 We live each day, forgetting that this day would someday become memories and that this once living life would one day end, as from ashes, we shall turn back to ashes again, down six feet below the earth, never to be heard again, never to live this life again.

In this era of social media and science and technology, the moment we get up from bed till we go to bed at night, we are filled and surrounded by people from all walks of life. News about wars and conflicts from copious angles, news on rape reported everyday somewhere around the country, problems on land conflicts and wars on drugs, unstable political situations and more. Social media is filled with these news, both fortitude and forgery influencing people's mind to the extent that what is seen on the screen make us believe in something, whether it be a fact or a fabricated news.

People live each day, hoping for a better tommorrow or with the fear of a worse furture. Hope is something which keeps us living and alive to be a better version of ourselves tomorrow. Hope is being able to see that there is light despite the darkness. Hope being the only reason to keep living.

In the present context of our society today, our state Manipur in a smaller aspect, conflicts and misunderstanding between various tribes and communities living within the state have been the usual scenario. Bandhs and strikes, dharmas and protests could be called anytime, anywhere, by anyone-any community when their demands and rights are forcefully or knowingly taken away from them by their neighbouring communities, maybe for the sake of land conflicts or on some issues for which they are not in favour of; which the society does not accept.

The present day issues such as conflicts about the demolition of  Anglo-Kuki War memorial stone and the removal of words inscribed as 'In defense  of our ancestral land', have brought misunderstanding and chaos between leaders and the people of this once independent land. Some people and scholars argued that it would lead to the loss of the long-history of the Kukis while few are of the opinion that this would bring a positive impact towards the betterment of the society.

A  chaotic world- a chaotic society we live in, makes it hard for people to survive and live life where love and peace are replaced by pride and wars, where election are held and conducted on ground of clanism, money and barrels; where truth does not prevail and the powerful and moneyful ruled over the weaker  and voiceless section of the society,  keeping them remain silent just because they are weak and downtrodden. When shall we live in peace?

When shall our society embrace the past and look forward to the future? When would our leaders unite and stand together as one and only one. Be it our brave and strong national armies (undergrounds) , our leaders and we, the people, it is never too late to start a new and fresh journey towards a peaceful and loving coexistence among all.