The Myanmar Fire Service Department said the incident took place early Thursday when the miners were collecting stones in the jade-rich Hpakant area of Kachin state. 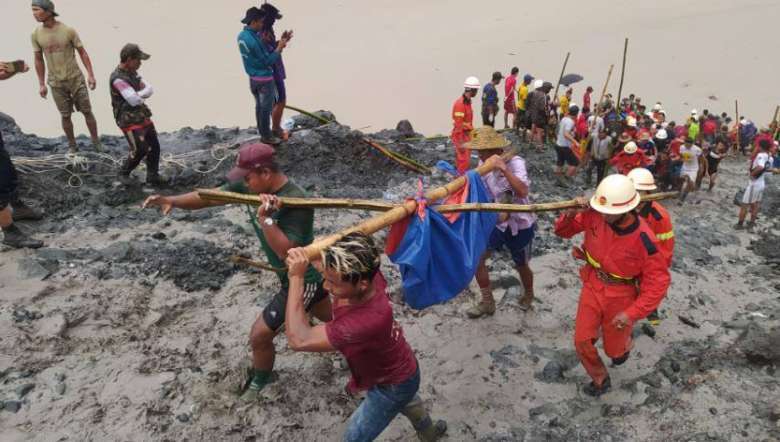 As many as 162 people were killed and another 54 injured in a landslide at a jade mine in northern Myanmar on Thursday, official sources said..

The Myanmar Fire Service Department, in a Facebook post, said the incident took place early Thursday. The miners were collecting stones in the jade-rich Hpakant area of Kachin state when the “muddy wave” crashed onto them, following heavy rain, it said.

The fire service department said that rescue workers recovered162 bodies and 54 injured people were sent to nearby hospitals.

The Hpakant area, situated 950 kilometers north of Yangon, is the center of the world’s biggest and most lucrative jade mining industry. According to data published by the government as a part of an Extractive Industries Transparency Initiative, in 2016-17, Myanmar's official sales of jade were worth 671 million euros ($750.04 million).