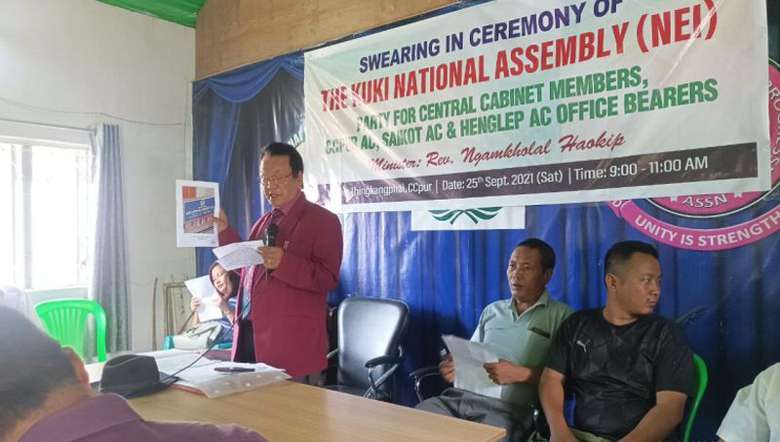 On the occasion, Haokip said that KNA-NEI, which is a lone Kuki political party, was established in 1946 and by 1974 it got involved in electoral politics and so far had seven MLAs and six MDCs from different pockets of the state, recognised as a political party by Election Commission of India.

He said that by 1995, the symbol of the party was no longer allowed in the assembly as it could not be maintained by the party due to defection or discord among the Kukis.

It is the only political party of the Kukis that needs to be supported as it has its roots in the Kuki tradition and Christianity instead of backing the mainland political party like BJP which promote Hinduism and try to subjugate the Christians and Muslims by abrogating the term secularism in the Indian Constitution, said Haokip.

In the brief ceremony at Thingkangphai village, the KNA-NEI president administered oaths of the seven cabinet members of the party.