The Union minister said that the ban on Chinese apps was a “digital strike” carried out to safeguard data of countrymen. 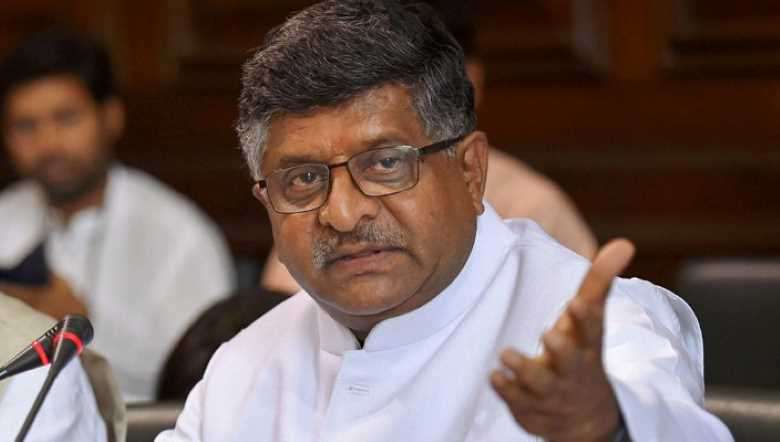 India wants peace and is all for peace but if somebody casts an evil eye, the country will give a befitting reply, Union Minister Ravi Shankar Prasad said on the India-China standoff in a virtual rally on Thursday.

The government drew a lot of flak from the public in social media recently with its order for ban on Chinese apps as tensions between India and China heightened along the Line of Actual Control (LAC) in the past few days.

However, the minister said that the ban on Chinese apps was a “digital strike” carried out to safeguard data of countrymen.

“We banned Chinese apps to protect data of countrymen; it was a digital strike,” Ravi Shankar said while addressing a virtual BJP rally in West Bengal.

Ravi Shankar is among the BJP cabinet ministers engaged in the party’s virtual rallies in West Bengal ahead of the 2021 assembly elections.

All the 59 apps are found engaged in activities which is prejudicial to sovereignty and integrity of India, defence of India, security of state and public order, the Information Technology Ministry had said.