The development has sent speculations rife that the victim could have been bludgeoned to death using the hammer. 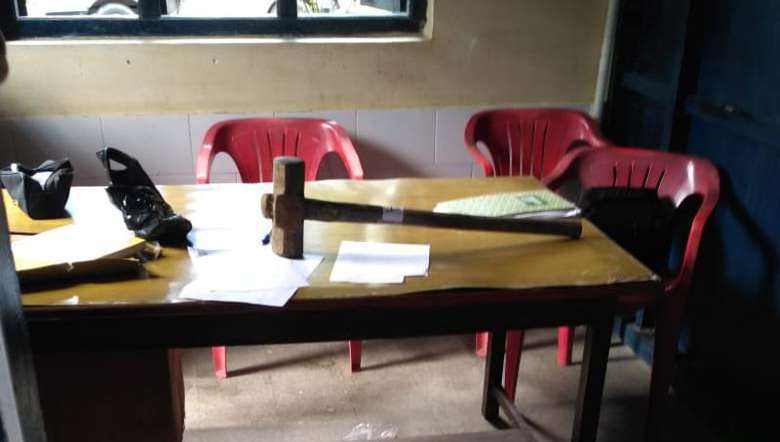 Manipur Police reportedly recovered a sledge hammer among other items from the site where the lifeless body of Athuan Abonmai, former president of Zeliangrong Baudi (Assam-Manipur-Nagaland) was found near Pallong village under Tamei sub-division in Tamenglong district of Manipur.

The development has sent speculations rife that the victim could have been bludgeoned to death using the hammer. It is learnt that the victim suffered multiple bodily injuries, including a deep cut on the head. The body was taken from his village to RIMS mortuary for post-mortem on Thursday.

However, post-mortem examination on the body of late Athuan Abonmai, which is being kept at RIMS mortuary, could not be performed on Friday as the family members of the deceased reportedly did not turn up.

The deceased family had announced that the mortal remains of the victim will not be claimed until those involved in the killing were booked.

Against this backdrop, a team of Forensic Science Laboratory, Pangei arrived at RIMS mortuary at around 10.30 am Friday and examined the body as well as measured the weight of a sledge hammer.

SDO/SDM Tamei Renee Newmei as the executive magistrate conducted the inquiry in preparation for the post mortem.

Preparations to take video recording of the post-mortem were made but it could not proceed as the family members reportedly did not come till 4 pm.

Athuan Abonmai was abducted by unidentified persons from a high security zone at Apollo Ground, Tamenglong HQ, in broad daylight on September 22 morning, while the programme on Chief Minister Biren Singh's visit to Tamenglong to launch several development projects was underway. Later, the same day, his lifeless body was found near Pallong village under Tamei sub-division in Tamenglong district.

Meanwhile, the chief minister on Friday apologised to the people of Manipur for the incident. Strongly condemning the act as a "cowardly act", he also said that the state government will not spare anyone involved in the killing of Abonmai, regardless of their political background. The state government had on Thursday suspended 16 security personnel in connection with the case.

A massive combined forces operation has been launched to hunt down the perpetrators in Tamenglong district. The operation will continue until the culprits are arrested, Biren told mediapersons during a press briefing held in Imphal on Friday.