SDO/SDM Tamei Renee Newmei as the executive magistrate conducted the inquiry in preparation for the post-mortem. 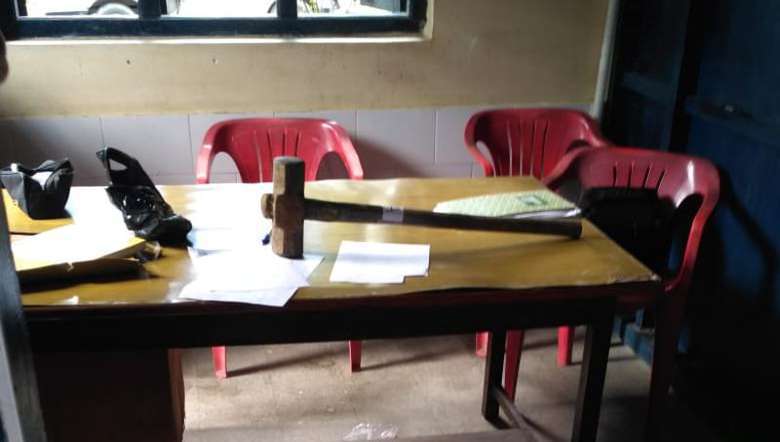 The post-mortem examination on the body of late Athuan Abonmai,former president of Zeliangrong Baudi (AMN) which is being kept at RIMS mortuary could not be performed on Friday as the family members of the deceased reportedly did not come.

However, a team of Forensic Science Laboratory, Pangei arrived at RIMS mortuary at around 10.30 am on Friday and examined the body as well as measured the weight of a sledge hammer suspected to have been used as a weapon in killing the victim by perpetrators.

SDO/SDM Tamei Renee Newmei as the executive magistrate conducted the inquiry in preparation for the post-mortem.

On Thursday, the investigating officer of the case formally seized the sledge hammer which was found to weigh 5 kg from the site where the incident took place and also transported the body to RIMS mortuary.

Preparations to take video recording of the post-mortem were made but it could not proceed as the family members reportedly did not come till 4 pm.