The rice bags were distributed in connection with the occasion of 71st birth anniversary of Prime Minister Narendra Modi. 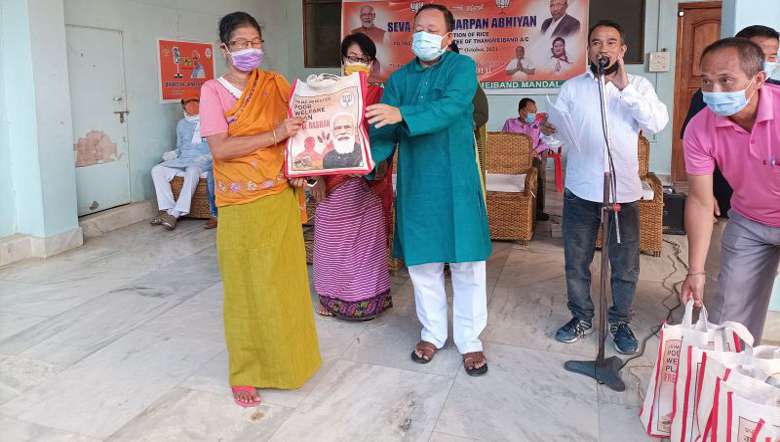 The programme was organised by BJP Thangmeiband Mandal, Imphal.

Speaking on the occasion Waikhom Jotin said that fickle minded representatives who can change political party frequently for their vested interest cannot bring welfare and development for the people and people should beware from such representatives.

Rice bags were distributed to the members of Thangmeiband ward no. 1 and the remaining people who missed to collect the item can collect later by contacting him or his members, said Jotin.