Meetam – Solace Her voices plight of LGBT community in Manipur

Ya_All member Linthoisana said such music album could spread a strong message to the society on stigma and discrimination against LGBT community. 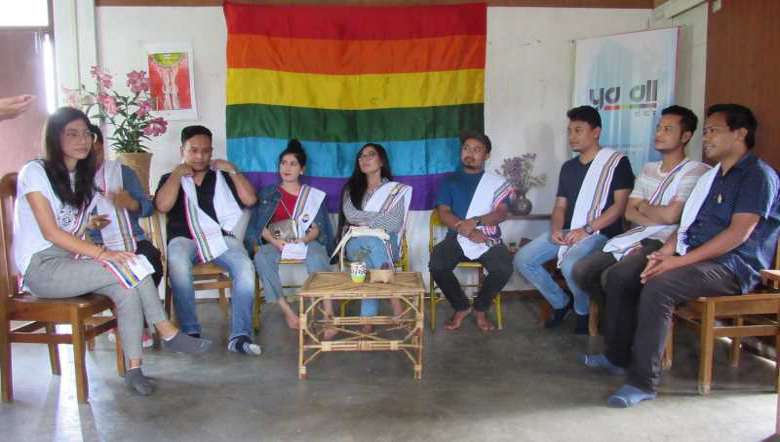 Music video Meetam by Manipur band ‘Solace Her’, which was released recently, has been creating wave among fans with its attempt to highlight the issue of social discrimination against transgender community, which till today is trying to get their voice heard.

As LGBT pride month was observed across the world in June, the band members and its entire crew was felicitated by Ya_All recently for voicing the plight of the LGBT community in the state, said clinical psychologist, RK Linthoisana, who is also a member of the organisation.

The music video is about the struggles of two girls trying to live in isolation from the community that refuses to accept them as they are.

Roger Achom, a band member, told the media on the sideline of the programme that the team initially doubted if they would receive support for their efforts, before starting to shoot the music video ‘Meetam’. They also were apprehensive that the video may not be well received by some sections, he stated.

Lauding the making of the video, Linthoisana said that such music album could spread a strong message to the society on stigma and discrimination against LGBT community.

The music video, which was released on June 28, was made keeping in mind the necessity and importance of giving awareness concerning the issues and challenges faced by LGBT community, Roger said. He expressed his gratitude for the support from the people.