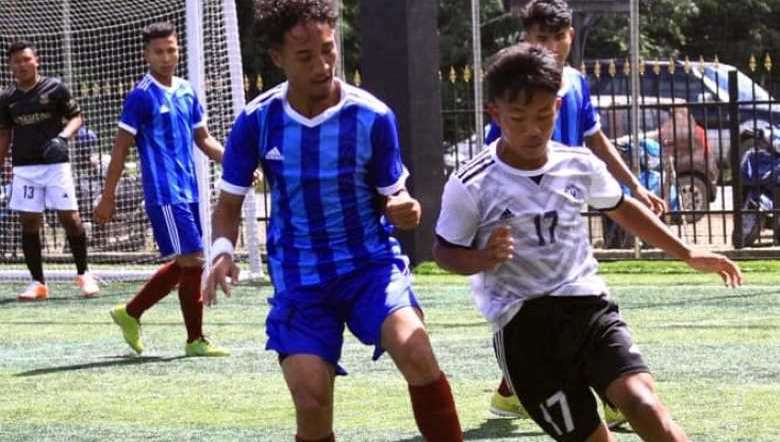 Md Irshad Alam proved to be a nightmare for the opponent Sagang YC as he calculated his move with precision to bang home four goals, to dictate terms in the match.

Sagang YC, which had a winning run yesterday, was in a tight position but they put up a brave face scoring two goals in the first twenty minute from L Lamminhao and K Helenson Kom.

However, SSC Porompat, making some witty run, consolidated with Md Afzal fetching two goals while Md Ishaque, Jims Raikhan and Md Lucky Khan chipping in with a goal each.