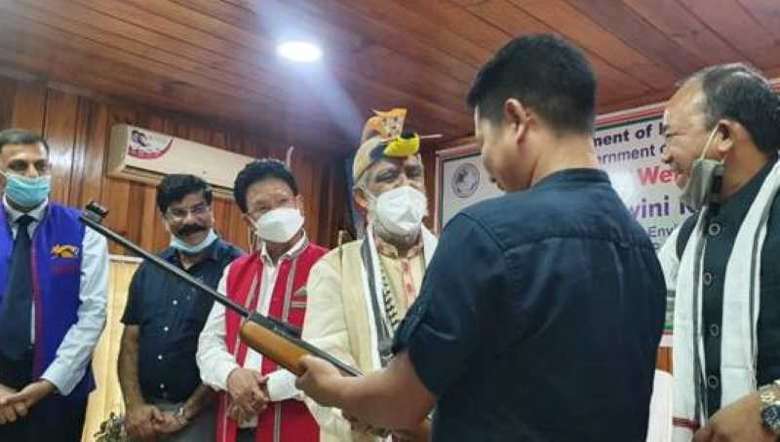 Urging the people to not hunt animals and birds, Union Minister of State for Forest, Environment and Climate Change, Ashwini Kumar Choubey on Thursday said that air gun surrender campaign will be launched across the country and retired forest workers, representatives of social organisations etc. will be roped in for the same.

Describing the Air Gun Surrender Campaign of the Arunachal Government as an important initiative to save animals and birds from poaching and for their conservation, Choubey congratulated Arunachal's Forest and Environment Minister Mama Natung for this campaign. He said that it is giving very positive results said that it will be started across the country and states will also be requested for this.

The minister was speaking at an event in Itanagar where some people from Arunachal Pradesh surrendered their air guns in front of the Union Minister.

Air guns do not require any license. In such a situation, many people in our country hunt birds through air guns in every district and village. Due to this, the number of many birds is rapidly decreasing.

Choubey also visited Itanagar Biological Park, the world's first Hoolok Gibbon Breeding Canter and reviewed the work being done to save this species, the Union Environment, Forest and Climate Change Ministry stated in a release.