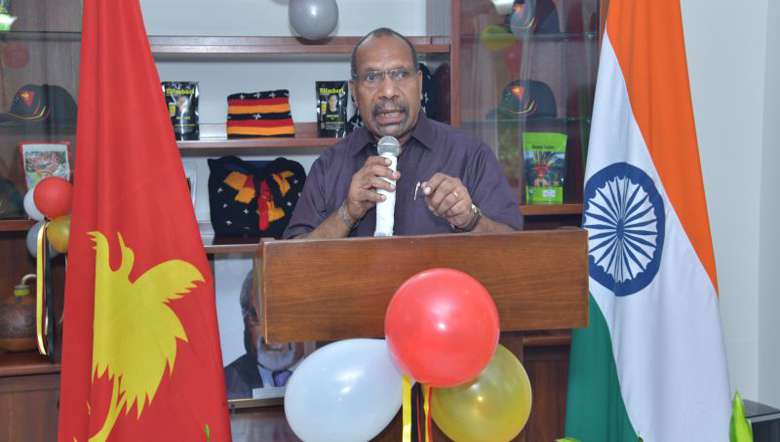 "There is need to strengthen cordial relations between Papua New Guinea (PNG) and India. This will help in both the countries mutually," said the PNG's High Commissioner to India Paulias Korni.

Speaking at the 46th National Day function of Papua New Guinea at the High Commission to a selected gathering of about 30 people, the High Commissioner called for more interpersonal relations. He said PNG with nine million people and India with 1.3 billion people are no match. But PNG as a small developing country need partners for its growth and India can play a great role in this.

"Agriculture is our mainstay. We are also rich in minerals, production of coffee, logs, pharmaceuticals etc. I invite Indian entrepreneurs to hold hands with our businessmen for mutual benefit. Thus the existing cordial bilateral relations can continue to grow," the High Commissioner added.

He also announced that in order to move forward the great friendship between the two countries and to promote bilateral trade, a delegation of Federation of Indian Chambers of Commerce and Industry representing diverse sectors will visit PNG in December. President Ram Nath Kovind is expected to lead the delegation.

Earlier, welcoming the guests, the High Commissioner thanked the gathering which came to acknowledge the country's legacy of good and bad. He also sought their continued support in strengthening ties.

As one enters his office, a photo of young Korni, then a 12 class student, escorting Prince Charles at Sir Huber Murray stadium, on PNG's Independence Proclamation Day on September 16, 1975, welcomes you.

PNG is the world's second-largest island having an area of 785,753 km². Located in Melanesia in the southwestern Pacific Ocean, it is separated by the 150 km wide Torres Strait from Australia. Numerous smaller islands are located to the west and east.