Tomba passed away at his residence in Thoubal bazaar after battling in illness. 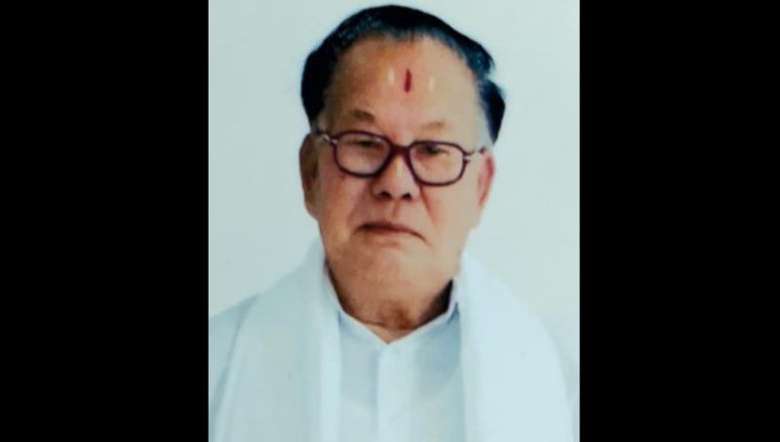 Former minister Leitanthem Tomba alias EO Tomba who represented Thoubal assembly constituency for four terms and also held the post of Sericulture, Labour and Employment, Social Welfare minister as well as Education minister passed away at his residence in Thoubal bazaar after battling in illness. He was 88.

Late Leitanthem Tomba earlier held the post of extension officer of the state government before joining politics. In 1984, he won the election from Janata party and became the MLA of Thoubal assembly constituency. Afterwards, he won election in 1995 from MPP and from MSCP in 2000, and yet again won in 2002 from Federal Party to become a Cabinet minister.

On his sudden demise, the people of Thoubal assembly constituency paid respects and extended their condolences.

Meanwhile, the election committee of the BJP intending candidate of Thoubal assembly constituency Konsam Michael organised a condolence meeting at his residence at Thoubal Melaground.

Offering prayers for the departed soul to rest in eternal peace at the heavenly abode, a two-minute silence led by Konsam Michael was also observed during the meeting. The meeting also recalled the works and accomplishments of the late politician.