IFP Editorial: Only true empowerment comes with political representation. The question is, how many women candidates the BJP is thinking of putting up in next Manipur assembly elections. 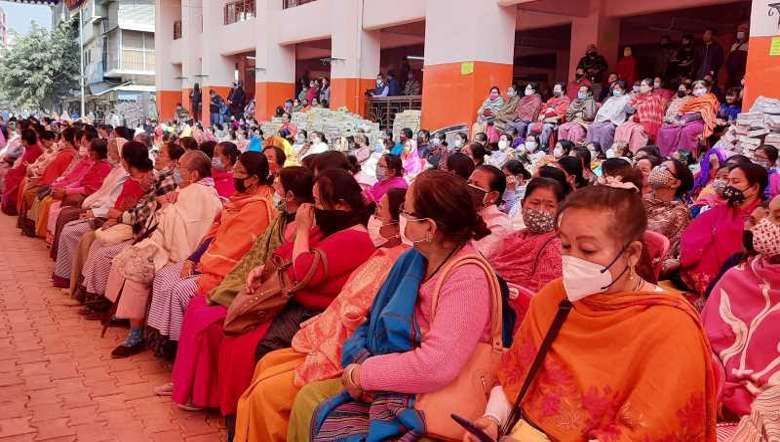 The other day, Chief Minister N Biren Singh said that safety and security of women in the state is one of the priorities of his government and it is working hard towards empowering them. Stressing that the government has taken up various steps for the safety and security of women, he also informed that all women police stations were established in different districts. Under the social welfare department, 16 one-stop centres were established to support women in all the districts. A 24X7 toll free women helpline has been functional since the installation of the present government. In fact, the Manipur High Court had directed the chief secretary and DGP Manipur in December, 2020 to make appropriate arrangements for creation of a separate wing in the police department to deal with the cases of crime against women and children in the state. Accordingly, the court had directed the registrar general of the court to issue a circular to all the district judges of the state to monitor and direct special court constituted under the POCSO Act to submit periodical reports at least once in a month, in respect of cases registered under POCSO Act pending in the courts. After the receipt of a periodical report from the special court (POCSO), the registrar general had directed to place before the committee to regulate and monitor the progress of the trial under the POCSO Act and further orders of the committee.

Besides taking up measures to tackle crime against women, the BJP government constructed seven women markets in the hill district headquarters and 10 more markets are in the pipeline. The state government also guaranteed bank loans to market women and street vendors who are mostly women. And this is the first time the state has been posting so many women administrators and police officers as Deputy Commissioners and district SPs. Previously, women civil servants and police officers were mostly given soft postings. Now, it has changed and women officers are managing it so well. It is a form of women empowerment. Yet, we must confess that only true empowerment comes with political representation. It is good that central BJP leaders chose a woman to head the party in the state. The question is, how many women candidates the party is thinking of putting up in next assembly elections?