The bust was unveiled at TMYDO Ground in Tentha, Thoubal district as a part of the month-long observation of 125th birth anniversary of Lamyanba Hijam Irabot. 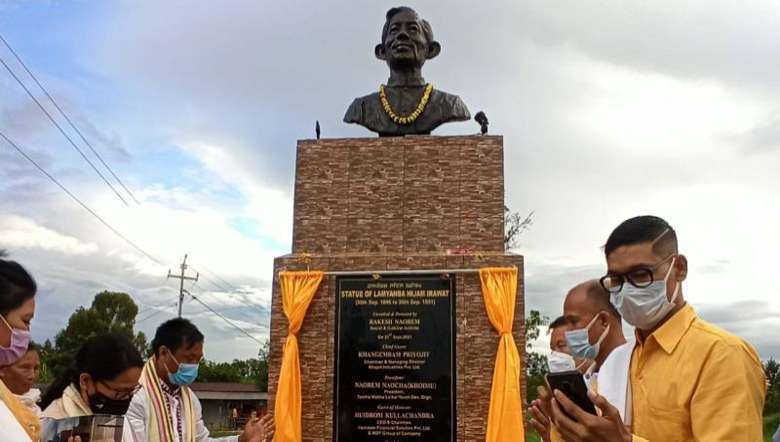 Speaking at the occasion, social and cultural activist Rakesh Naorem who is also the donor of the bust said that the statue has been erected at Tentha village so that youths will uphold the ideals preached by the leader and inculcate a sense of nationalism among them.

He said, September 21, 1948 is a highly significant date in the history of Manipur as well as in the life of Irabot. On this day, a large group of protestors who were agitating against the creation of ‘Purvanchal Pradesh’ marched towards MDU, raising slogans. In trying to control the mob, Police opened fire, during which OC Naranbabu died in a mishap, he added.

He further said that following that incident, Irabot was forced to go underground as he was charged of leading the protest. From that day onwards, Irabot became a fugitive and it has been known in the history of Manipur as the Pungdongbam incident or ‘Manipur Kanba Numit’, he added. On this day, many who supported Irabot also followed his steps.

In May 1950, he went into hiding in Burma and passed away on September 26 at the foothills of Ango Ching in Tangbaw village after battling with Typhoid. Mentioning that Irabot was a leader in many fields, he urged the youths to uphold his ideals.

Donor of the bust Rakesh Naorem also took part as a special guest.