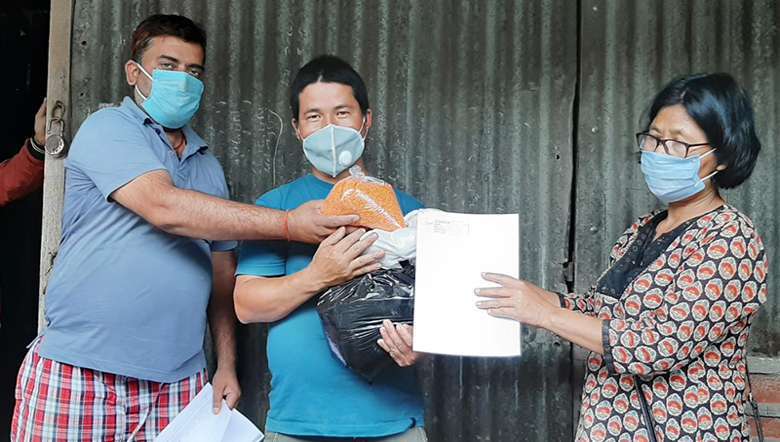 Handing over of essential items through the village representatives (PHOTO-IFP)

As a part of her forefront agenda to ensure food security to the people, especially the genuinely needy people irrespective of community, religion, caste and creed, Social Welfare Minister Nemcha Kipgen continued providing help to the needy people of Twilang area in her Kangpokpi assembly constituency on Wednesday.

The minister also reached out to the poor and needy people of various areas in her assembly constituency earlier with various essential items.

Man Kumar, a representative from Irang Part-II expressed his heartfelt gratitude to the minister for her initiative of helping the poor in Twilang area during the pandemic.

He said that people of Irang area are mostly living below poverty line and they have been enduring hard times owing to the pandemic COVID-19, since the beginning of the nationwide lockdown as they could no longer earn for their livelihood.

He also pointed out that benefits under various government programmes were availed by the people, however, it was not enough for their survival.