Thirteen teams are participating in the tournament which is being sponsored by Ksh (O) Chandralekha Devi and family and organised by All Manipur Football Association. 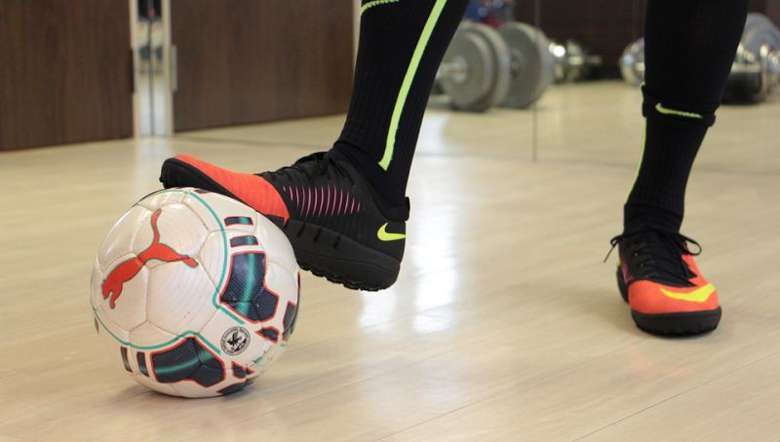 After a long hiatus of footballing activity in the state due to Covid-19 pandemic, Futsal tournament makes a grand entry with Classic Football Academy beating Pamyal Patsoi by 10-4 goals in the opening match of 1st Col Ksh Arunkumar Memorial Futsal Tournament 2021 kicked off at Poloi Artificial Turf, Chingarel Tezpur.

Thirteen teams are participating in the tournament which is being sponsored by Ksh (O) Chandralekha Devi and family and organised by All Manipur Football Association.

Classic Football Academy proved a much superior team with the youngster showing agility in their moves than the Pamyal Patsoi outfit, who struggled in the turf format.

Classic FA came up with the opening goal in 7 minute of play from Y Banty Singh and later it turn out to be a roll call for them as Banty added two more goal to his kitty while Y Rohit, Gangningam M scored two goals each, Gogocha, W.David and Kh.Langamba picked up a goal each.

For the Pamyal Patsoi team, Golmei Abu Kamei struck two goals while Kh.Pravananda and M.Dijen Singh chip in with a goal each. Goalscorer GA Kamei got a yellow card in the match.

The next match will be played on Wednesday involving four matches starting from 8 am.