Why people choose to die: Suicides and what surrounds it

And if suicide ever crosses your mind, my friend, please remember silver linings and lights in the end of a tunnel are not just myths but are for real. 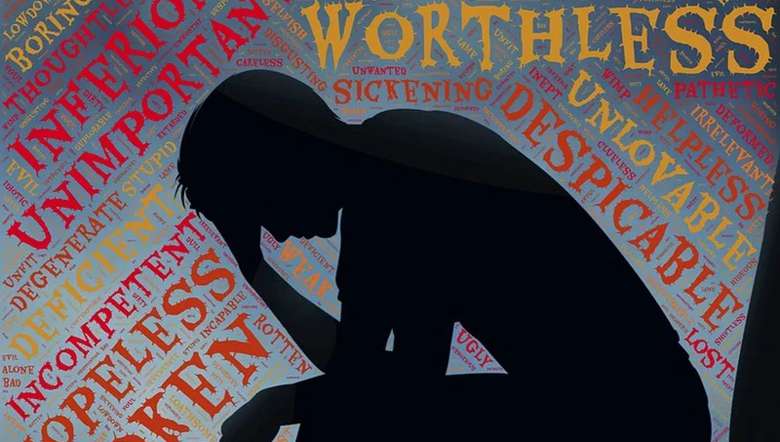 Would it not remain a mystery unknown to the world? Or until unless we can talk to the dead would anyone truly know why? Why do people choose to die?

Suicide is a global phenomenon. According to the World Health Organisation data, close to 800,000 people die of suicide every year, this is one person in every forty seconds. This means that by the time you finish reading this article over ten people will have already died of suicide. In the year 2016, suicide accounted for 1.4 per cent of all deaths worldwide, making it the 18th leading cause of death.

Why people choose to die

When people are going through an acutely difficult time, some are naturally convinced to believe that dying will end the pain. So, basically, it can be said that people choose to die because they are mentally and emotionally broken and there seems to be no way out. While there may be certain other factors responsible or known to have led a person to suicidal thoughts or subsequent suicides, according to health.com; a US based magazine focussing on mental health issues, and verywell mind, an online portal providing mental health information, there are five factors that can largely explain why people choose to die:

Depression and other mental illnesses: While there are many factors that can influence a person's decision to commit suicide, the most common one is severe depression. Most people make the decision to attempt suicide shortly before doing so impulsively rather than planning it out extensively. Depression can make people feel great emotional pain and loss of hope, making them unable to see another way to relieve the pain other than ending their own life.

Hopelessness: A feeling of total despair—a sense that there’s no escape from an ongoing intolerable situation—is another big risk factor. “Often people engage in suicidal thinking or suicidal behaviours because they feel like they can no longer withstand the psychological emotional pain that they’re currently in,” says De Maria.

Feeling like a burden: “A person with chronic pain or a terminal illness can also feel like a burden to others, as it becomes harder and harder to ask for yet another ride to the doctor's office or more help with household duties or assistance paying for hospital bills. In fact, many people who decide to commit suicide often state that their loved ones or the world, in general, would be better off without them.

Stressful situations:Stressful situations can lead to suicidal thoughts, says Dr. Genovese. What counts as stressful covers a wide range of experiences, such as a relationship crisis, financial problems, academic or work pressures, bullying, health problems, loss of a loved one, and so on.

Isolation: Having family support and social structure is a protective factor against suicide, says Dr. Genovese. Conversely, people who lack support and community are at a heightened risk for suicide.

Additional risk factors for suicide include previous suicide attempts, a family member who has died of suicide, alcohol or substance abuse, or a history of abuse or trauma. Not having mental health resources available is another risk factor, as is ready access to drugs, alcohol, and weapons.

Warning signs of suicides are indicators that a person may be in acute danger and may urgently need help. While some of these signs can be clearly noticed, some other signs can be totally vague. Some observable warning signs may include extreme mood swings of anxiety and agitation. Primarily, the people who are most vulnerable will most probably show signs of loneliness and depression, lack of interest in communication or incessant frustrated expressions, and prolong pervasive sadness among others. However, this doesn’t mean that vulnerable persons can all be recognised through these signs. There are also people who seem to experience no mental or emotional pain but who actually are otherwise. These people do not have observable warning signs of suicide and hence are most vulnerable because they are more difficult to be recognised and given timely assistance.

What can you do to help?

To realise that we are responsible is the first step towards helping people in distress. If one may ask the reason why we are responsible; it is because we are as much a component of the social entity as much as we are as individuals. This naturally points to the fact that each of us are determinants of society in some way or the other; that the person that we are in some way gets to shape the society that we live in. This may be in sharp contrast with people who believe that what a person goes through as an individual is all up to him/her. While this may also be true to a certain extent, the fact that we shape the society and the society in turn shapes us still stands unquestioned.

With it, we must deliberately heed to the warning signs in a person. We must read the behaviours of people who we think are vulnerable –people who have recently been exposed to the factors that we believe are likely to incite suicidal thoughts in a person. Subsequently, we need to project that we are there to help, and we also need to assure them that there is hope so they can open up on their own as well and progress from there. Moreover, we must focus and root for people who truly need us in this phase of their lives.

Let us again therefore recall what causes suicide. In a compendium, it is severe depression that vitiates a person’s mental and emotional well-being. Therefore, it is extremely important to be kind and considerate, and tender and compassionate towards our dealings with people around us. We have to realise that people are not all the same. Even though some are comparatively bold and confident, some others can be really weak and timid. Thus it is yet again imperative to be all-embracing, optimistic and approachable. We have to be able to encourage and appreciate people. We have to help them build their self-esteem by reminding them that they are as worth as every other person as a unique individual. And for society at large, we need to build a positive environment where we do not discriminate but appreciate the dignity and integrity of every individual.

Although medical reports are yet to be ascertained, media quoted ‘mental stress’ to be the reason behind the death of the 21 year old girl Sarju Naoroibam, a bright and promising student and an aspirant of the coveted Civil Service Examinations, who was allegedly found hanging in her room on the end of her quarantine period.

While the distressing suicide of an actor and an achiever Sushant Singh Rajput still echoes in our hearts, it is indeed extremely unfortunate that we have yet again lost a beautiful friend, a daughter, and a sister to the prejudices of our society, of our very own arrogance and impatience.

We have failed them, and along with them many others who have faced the brunt of the unmindfulness of our society, of stigma and prejudice –mostly unthought. We therefore need to pay them homage today: we need to take a pledge to fight against the social evils that directly or indirectly affects the mental and emotional life of a person; that we will take into account every individual, regardless of differences, and will, to the best of our conscience, strive to making the world liveable for everyone.

And if suicide ever crosses your mind, my friend, please remember silver linings and lights in the end of a tunnel are not just myths but are for real. Time will inevitably play its part eventually. Until then, my friend, you just need to be strong, and you just need to love yourself just a little bit more or you can reach out to me anytime.

May their souls Rest In Peace!