The rapid destruction of forests and wetlands for human settlement and urbanization has become a threat to MAPs. 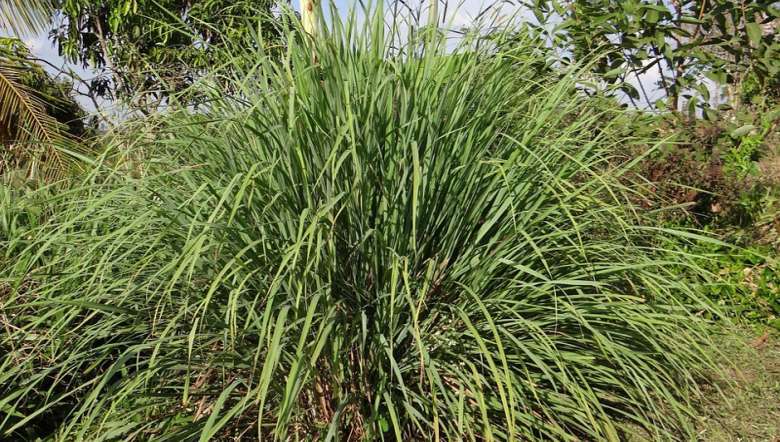 Despite constituting only 2.4 per cent of the world’s total land mass, India is blessed with seven-eight per cent of the world's recorded species of both flora and fauna. Of the total 36-biodiversity hotspots of the world, India hosts four hotspots namely the Himalayas, the Western Ghats, the Indo-Myanmar region and the Sundaland.

Falling under the biodiversity hotspot of Indo-Myanmar region, Manipur state is situated at the extreme Northeastern part of India. Lying between 23°83’ N and 25°68’ N latitude and 93°03’E and 94°78’ E longitude, having warm moist summers and cool dry winters, it abounds with diverse medicinal and aromatic plants (MAPs). Perhaps all these help to justify the title “A Jeweled Land” as described by Pandit Jawaharlal Nehru.

Medicinal and Aromatic Plants (MAPs) are primarily used for both traditional and modern medicines, other health products, therapeutic, aromatic, culinary purposes and as ingredients of cosmetics.

A report based on the Foundation for Revitalisation of Local Health Traditions (FRLHT) mentioned that there are about 1,200 plants used traditionally by Maibas and Maibis (Priests and Priestesses of the Meetei community) since time immemorial. However, the rapid destruction of forests and wetlands for human settlement and urbanization has become a threat to MAPs.

With the concern of conserving such plants, realising a dream, benefitting the people of Manipur and mankind as a whole, Wahengbam Lamnganba has been working diligently at his MAPs farm.

Lamnganba is a farmer who is also the secretary of the Aromatic and Medicinal Development Centre and one of the proprietors of LL Agrotech and Hotnajamal Farm located at Chothe Village, Bishnupur district, Manipur.

Lamnganba said, “I always have a passion for gardening. Before I started this farm, I’d go from house to house in my locality with a sack and scissors to ask for plant saplings… I wanted sustainability in what I had decided to work on. I had a vision of generating jobs for people.” Such zeal has made him become the successful farmer that he is today.

In the year 2011, he started his business in small scale. He began with supplying earthworm, making vermicompost, and trainings were given on compost making techniques to trainees. He saved the charges he got from these activities and moved forward towards his bigger goals and grasped the opportunities which came to his path.

In the year 2015, he was among the four persons selected one each from four districts of Manipur, for training on Aromatic and Medicinal Plants primary cultivation and processing at Kannauj, Uttar Pradesh. They attended the training programme and came back home with great hope.

At home, they began by opening up a gene bank for Lemongrass and Stevia plants. The Commerce and Industries Department sponsored it and other technical support and infrastructure too. The Manipur Food Industry Cooperation Ltd. (MFICL) also helped in realising the gene bank set up. With time, changes arrived as they came from different fields. Then, Lamnganba collaborated with YAbem who is the other Proprietor of the LL Agrotech and Hotnajamal farm.

At present, in an area of around 60 acres, which he expands according to the needs every year, he has been executing what he learned from his passion of gardening, vermicompost business and the training. He narrated that the first saplings especially Lemongrass and Stevia and later on Citronella, Vetiver grass and Patchouli were imported from Assam for his farm and later, multiplied from cuttings. On daily basis, he employs 25 workers on his farm.

Speaking about the financial assistance from government, he stated that he received his first ever loan of three lakhs ( 1 lakh subsidy and 2 lakhs loan) from the Start-Up programme of Entrepreneurs Support Programme (ESP) under the Manipur State Cooperative Bank.

Stating about the hurdles, he mentioned that when there is capital to buy saplings, there might not be enough capital for ploughing, where a sum of ₹ 800 (per hour) is charged for ploughing; lack of work shed is also a difficulty at the time of rainfall and sunny days; also there is lack of processing units. Had the processing units been there, it would have checked in making more profits.

He also added, “As oil extraction takes time, sometimes it is 11 pm at night when the work is done and at such hour, as women find it inconvenient to work in the farm I have to stay behind and complete the work myself.”

He expressed that in his farm, there is no such thing as waste, as after the plants are used for extracting oil, the leftovers are used to make compost which are then used for growing plants again.

Also, the hydrosol water from the extraction process is used for making toner and phenyls. Some of the major MAPs products of his farm along with the market rates are: Medicinal plants: Lemongrass: dry harvest costs around ₹ 500/Kg; Stevia: dry leaves costs ₹300/100g; Black turmeric: its rhizomes cost around ₹ 800/Kg; Black ginger: its rhizomes cost around ₹ 2000-2500/Kg and so on.

In the last two years, farmers across the state especially the hilly areas such as Chandel, Churchandpur, Ukhrul, Tamenglong, and Senapati districts have started establishing MAPs farms earning big profits. The trainings given by the Technology Centre , Neelakuthi also help the farmers a lot. He added, “ I believe that around 40% unemployment problem in the state can be reduced if the unemployed people in the state start establishing more MAPs farms.” Recently, his farm has been associated with the Sericulture department of the state for cultivation of Kabrangchak (Morus alba) plant which is to be intercropped with Sangbrei (Microtoena patchoulii) and Patchouli (Pogostemon cablin) plants.

The total cost of production for the inputs used till now is around more than 50 lakhs. The annual turnover of his farm is more than 30 lakhs. Monthly, he gets over 2 lakhs without the maintenance cost, firewood and labour charges. During the months of March-May, usually the demand rises and therefore monthly turnover reaches 5-7 lakhs.

As people have become more aware of these plants especially from expo like in Sangai festival, trade fair and training programmes, demand increases. There were around 5 lakhs Citronella saplings and 3 lakhs Lemongrass saplings demand in 2019. For this year, around 15 lakhs

Lemongrass saplings are to be supplied to various cultivators across the state. Keeping aside the demand from outside the state, the demand within the state can’t be fulfilled satisfactorily as demand outstrips supply. Therefore, he wishes the local farmers to involve more in the cultivation of MAPs.

According to the WHO estimation, trade in plant-based drugs will reach US$ 5 trillion by the year 2050. However, in developing countries, a major aspect which constrains the expansion of the MAPs based industries has been the lack of knowledge on their social and economic advantages. In order to fill this gap, the Technology Centre, Neelakuthi has been giving training programmes. This has started bearing fruit in exploring more MAPs of Manipur and their cultivation, and reducing the wastage and utilising every bit of the available resources sustainably. The recent step taken up by the Government of Manipur is the Aroma Mission of the CSIR (Council of Scientific and Industrial Research). In this mission, the CSIR-

NEIST (North East Institute of Science and Technology) Jorhat, Assam and MSMPB (Manipur State Medicinal Plant Board) have planned to encourage the poppy plant cultivators of the state to plant aromatic plants and exploit the underexploited MAPs of the state and conserve them.

Nevertheless, more execution of the plans is anticipated. In addition, strategies to regulate medicinal plant conservation, quality control standards, processing and preservation units, marketing, and well-coordinated information networks are desired. Therefore, to identify and seize the benefits of nature's gifts for the betterment of today and the future is much yearned for.

(The views expressed in the article are the writer’s own)