In Manipur, a leader in a civil society organisation is more powerful than an opposition MLA. 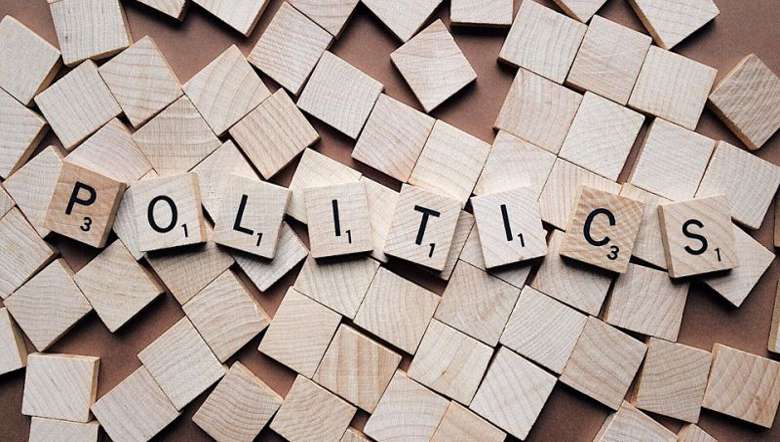 India has a parliamentary system as defined by its Constitution with power distributed between the central government and state. In a Constitutional democracy, election provides an opportunity to ascertain the popular Will in regard to the governance of the country. Election is the act of choosing an individual usually for holding public office through free Will of the people in a representative democracy. Democratically elected nations postulate free and impartial election and India being a colossal democracy demands such process. The Constitution of India promises free and fair election to the citizens of the country and empowers the Election Commission to superintend, control and direct the election in India. Part XV of the Constitution lays down the right of vote promised to the citizens and other provision related to the citizens and other provisions related to election in India. In response to that, the Parliament enacted the Representation of the People Act 1950 and the Representation of the people Act 1951, to regulate the conduct of election.

A Free election is one in which all citizens are able to vote for the candidate of their choice and fair election is one in which all votes have equal power and are counted accurately. The concept of Free and Fair election may include: delimitation of the constituency, preparation, revision or amendment of electoral rolls; political liberty and equality in matters of election, it implies that no one in the electoral process is under the bondage of another; while exercising his / her right to vote, one is not under undue influence of party discipline, religion, caste creed, sex, language and also one is not under the strain of corrupt practice. But electoral malpractices/irregularities have taken a new form in recent times. Voter bribery and manipulation through the media have become the techniques to intimidate voters and unjustly influence voters instead of seizing booths. India is the second most populated country in the World and boast of having approximately 90 crore voters. However, Indian voters have a tendency of being swayed away or threatened by the political parties into unconscious voting. The voters are either provided monetary benefits or are simply cautioned. Money is an important factor in election because modern election campaign equipment is expensive. Since election is an exorbitant affair in India and candidates splash a lot of money, illicit substances like liquors, drugs and localized feast, gathering womenfolk creating so called self-help group (however never help themselves), erection of local women volunteers (Meira paibis or Nisha bandh) office building, with monetary help for Zarda Pan (particularly in Manipur) in order to win election and in doing so, they offer money to voters and request them to vote in their favor, ignoring the unending issues faced by everyone for which they were on the streets shouting slogans in the name of saving Manipur and for a flourish future. Prior to Election Model Code of Conduct come in to force, how the intending candidates and sitting representatives of various assemblies’ constituencies of Manipur, started election campaign is witnessed by everybody (amid the threat of Covid-19 pandemic) as 12th Manipur State assembly election falls in early 2022.There has been an increased in the incidence of corruption in public life over time, in which politicians and bureaucrats have diverted available resources to personal use. Public money was misused and the moral as well as ethical atmosphere of the country was destroyed. According to Vohra Committee report, high level criminalization of politics and competition is destroying the structure of our parliamentary democracy, political bureaucrats, the Civil service and the Judiciary. It is an accepted fact that in times of external support and coalition government of the state and center levels, the people representatives in the legislature and parliament receive money to support a particular government. Thus, members of parliament or state legislature become the commodity of sale, the subject of sale, purchase or horse-trading. The availability of large sums of money usually increases the number of votes a candidate receives. This money is often in the path of counterfeit money, which is collected in vicious and illegal manner like Drug trafficking, Akash bill of contractual work etc. Election bonds have proven to be counterproductive in enabling legal and transparent means of political financing. This amounts to electoral practice and inflicts punishment under the Representation of the People Act 1951 and other statuary laws. However, the Constitution restrict the judicial intervention during the course of election but the authenticity of the elections may be called into question through a writ petition in the High Court and an appeal can be preferred in the Supreme Court.

The Election Commission is authorised to make sure that equal opportunity is given to all the political parties and the candidates to contest the election. So, Election Commission has formulated a set of rules called the Model Cde of Conduct and encompasses all the features of campaigning and it has to be meticulously followed by all the political parties. Election Commission also puts caps on the funding of elections at both Union and state level. In spite of security measures taken at the polling stations to exercise the power empowered to the election officers for free and fair election, a lot of threat has been witnessed and many more have succumbed over the years particularly in the insurgent and Naxal prone areas. Occasions are in abundant when it comes to candidates buying votes from poor people since India is a poverty-stricken nation and promised to eradicate poverty for years which has never come true till today. It is undeniable fact that the process of election in India is vacillating since there are so many issues that one can fathom. Issues like :criminalization of politics; corrupt practices; undue influence like use of physical forces and booth capture; inciting hatred and violence amongst people of same community and different communities; influencing public officials; defection politics; unlawful activities and unlawful organizations; demanding votes on the basis of religion and caste; expenditure on campaigning exceeding the permissible limits; publication of false statement by candidates; misuse of election machinery etc. It is usually alleged that the party in power misuse the government machinery to tilt the electoral process in their favor in order to win the election in a constituency. The embezzlement of government machinery can be in different forms and includes advertisement out of govt, funds; using govt vehicles for election purposes; showcasing their accomplishments using govt. funds and expenditure for personal use of the ministers. Such embezzlement gives unjust edge to the party in power at the time of election. The seriousness to the misappropriation of public funds to increasing the chance of winning the candidates of a particular party. The Election Commission admitted this fact in an affidavit submitted to the Supreme Court. Corruption in India is due to many reasons and politicians are one of them. It is not the outcome of political system as such. Constitution is what people make of it. Attempts have been made to defeat the principles of constitution and the rule of law.

The civil society has scored over many obstacles and determined challenged cases pertaining to the rights of the dispossessed and weaker section, gender discrimination and corrupt activities.  It has been successful in securing transparency in electoral process by declaring the background of the candidate involving education, criminal records, assets. However, it is generally spelled by general public (subject to correction) that in Manipur, a leader in a civil society organisation is more powerful than an opposition MLA, so organising a civil society organization in Manipur is something like a business (voice of people). Media too, has played an important role by galvanizing the attempts to curb electoral malpractices and enlightening the masses to fight against the menace of corrupt practice. An active media challenges the accountability of the government in a country like India. Therefore, as the guardian of democracy, the media should follow ethical reporting of events that cover real issues affecting the people and should not engage in paid news and propaganda politics.  However, there has been paradigm shift in the functioning of media. Ethics of journalism has taken of back seat in the evolving media scenario. Journalisms have to be more vigilant and rational in dealing with such political menace in the country. Taking all these accounts together, a dream of free and fair election is a reality far away from us and it’s a nice word but will be an impossible task.