One .32 mm calibre pistol along with three rounds was seized from the cadre. 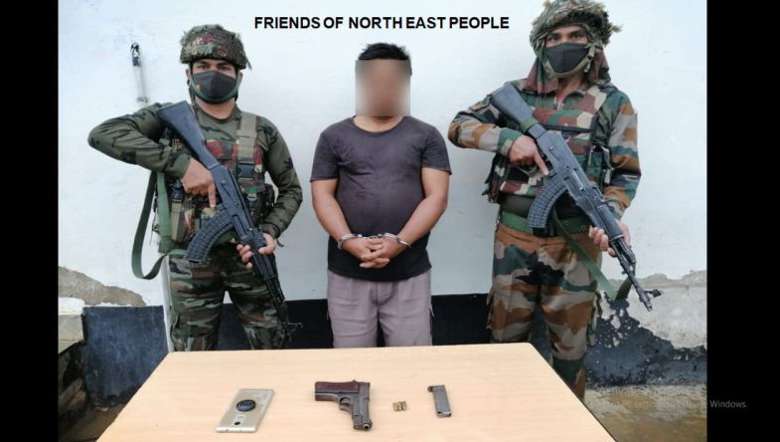 Based on a tip off, troops of Assam Rifles launched an operation which led to the apprehension of the insurgent and seizure of one .32 mm calibre pistol along with three rounds, it stated.  The apprehended insurgent along with the seized items were handed over to Churachandpur Police Station for further investigation, it added.