Experts mull steps for reopening of schools, colleges in Manipur amid pandemic

Physical classes of schools, colleges and universities in Manipur has been halted for one-and-half years, KSA president Sukham Bidyananda said. 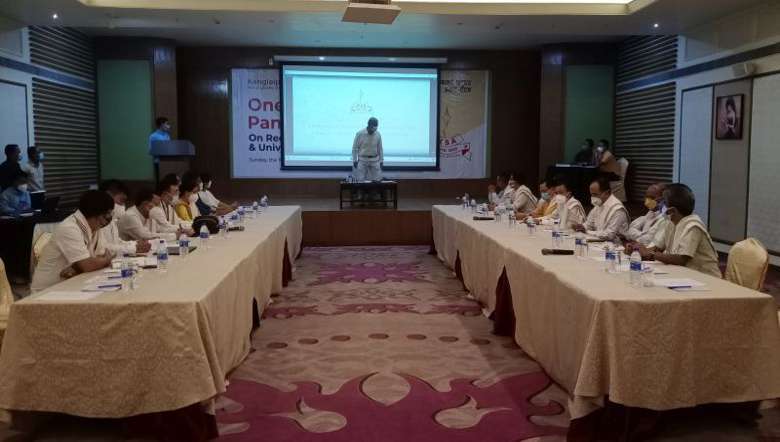 In view of the disruption in the academic calendar of schools and colleges in Manipur due to the pandemic, several medical experts and academicians on Sunday held discussion on possible steps for reopening of educational institutions in the state.

The one-day panel discussion, organised by the Kangleipak Students' Association (KSA), was held at Hotel Classic Grande in Imphal on Sunday and moderated by retired civil servant RK Nimai.

Due to the government restrictions imposed to combat the Covid pandemic, physical classes of schools, colleges and universities in Manipur has been halted for one-and-half years, KSA president Sukham Bidyananda said while speaking to the media on the sidelines of the panel discussion.

He said as the Coronavirus is a threat to peoples’ lives, it is not possible to start conducting physical classes as per the wishes of the students and the teachers. Yet, political parties are conducting various mass gatherings without following any Covid appropriate behaviours, he added.

He also informed that the commissioner of Education (S) on September 2 had written to the authority concerned stating that the schools and colleges can soon start opening.

The deputy commissioner of Imphal East on August 30 had also announced opening of schools and colleges anytime after taking stock of the Covid situation, he said.

However, no resolution could be reached during the panel discussion. Hence, the student's body decided to continue the discussion on Monday.

On Thursday, director of Health Services Dr K Rajo informed the media that the opening of schools and colleges will be considered only after the positivity rates of Manipur drop below five per cent.

The Covid positivity rate of Manipur as of Sunday is eight per cent, according to the status update on COVID-19 issued by IDSP.