The buck stops at Senapati

IFP Editorial: It is Senapati district which had been experiencing the blunt force of India’s counter-insurgency operations for years and not Ukhrul district, home to NSCN (I-M) supremo Thuingaleng Muivah. 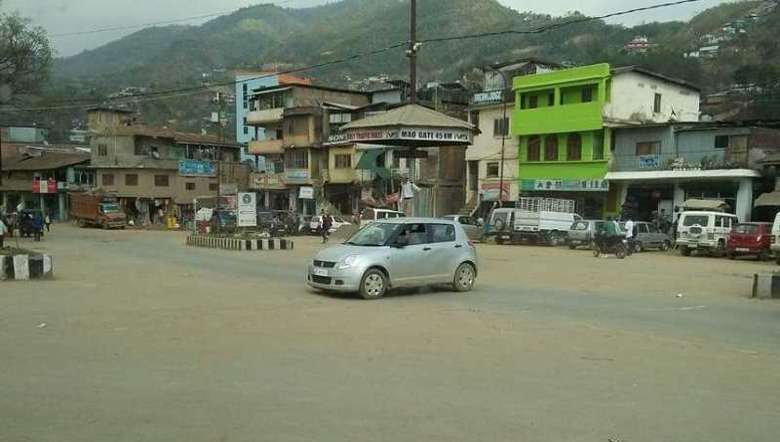 It is not Ukhrul, the home of Tangkhuls, but Senapati which had stood the test of time and fire for furthering the cause of Naga movement. Senapati district is home to various tribes, including Mao Maram and Poumai with a sprinkling of Kuki tribes. Before Kangpokpi was converted into a full-fledged district it was within Senapati district. It is Senapati district which had been experiencing the blunt force of India’s counter-insurgency operations for years and not Ukhrul district, home to NSCN (I-M) supremo Thuingaleng Muivah and the cream of IM leadership. While Ukhrul remained relatively calm and peaceful, the general public of Senapati was in the hot-seat. Why is it so? Senapati lies on the strategic Imphal-Dimapur highway and is a vantage point for extracting dividends for furthering the Naga cause. Imphal-Dimapur road (NH 2) has always been a rallying point for politics by certain communities doting these national highways and a pressure point for raising of all kinds of demands and grievances. Manipur being a land-locked state highly depends on the highways for ferrying in food and all other goods including essential items, which is exactly why highway blockades have become a bargaining chip for groups who have an axe to grind with the state authorities or holding it to ransom for realisation of their demands howsoever petty it be sometimes. Besides, during the rainy season frequent landslides happen because of the soil conditions in this part of the country.

We all know, the Imphal-Jiribam road or National Highway 37 could not be trusted for the time being to be an alternative lifeline or for bearing the burden of traffic otherwise handled by NH 2. A pucca bridge over Makru River had recently been commissioned. But till the pucca bridges over Barak and Irang rivers are completed, this highway will remain a nightmare for drivers. In the past, the Border Roads Organisation (BRO) in charge of the maintenance of the Jiribam highway then was the villain. Now, National Highways & Infrastructure Development Corporation Ltd (NHIDCL) has taken over the responsibility of the highway, and at least some changes in highway management and road condition could be seen. But, voices crying foul of the new agency as well are still there. Yet, one must not forget the services rendered by the agencies handling the highway during the extended economic blockades imposed by Naga groups and more recently in bringing home thousands and thousands of state natives from the Jiribam Railway Station, after the Coronavirus pandemic broke out across the country.

Now coming back to the Senapati factor, the Chief Minister’s much publicised Go to Hills 2.0 campaign could not be held in Senapati this Wednesday owing to a bandh called by Naga Peoples Organisation (NPO) in Senapati. The bandh call was given in view of the government’s reluctance to consider the controversial ADC amendment bill in the Manipur Legislative Assembly and the Speaker’s attempt to induct nine MLAs from the valley which had hill components in the Hill Areas Committee of the assembly. Despite opposition from hill based CSOs, the Go to Hills 2.0 campaign was successfully held in Churachandpur and Chandel district with the Chief Minister N Biren Singh in attendance. The question is, why did it not happen in Senapati district? The district has a Cabinet minister Losi Dikho and an MP Lorho Phoze, both of NPF, an ally in both the state and Centre. Why were they not given the responsibility of organising the event? Or were they unwilling to take the responsibility? This question needs to be answered. Go to Hills campaign is basically aimed at bringing governance to the hill areas. Of course, the chief minister had been able to take into confidence the CSOs of Tamenglong and Noney districts for smooth organisation of the Go to Hills campaign there.