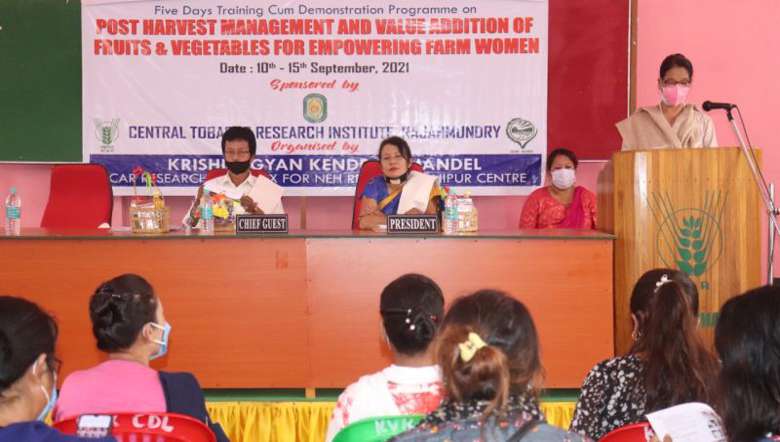 Ts Gladney Monsang in her speech stressed on double income of the farmers to sustain their livelihood through implementing the training gained from the experts, it stated.

It mentioned that Ng Vincent Monsang encouraged the people to export instead of importing goods and food for growth and development, and the local people must adopt new agriculture skills and technologies.

A Ameeta Devi, expressed her gratitude to the farmers for attending enthusiastically and completing the training, while Y Prabhabati Devi, SMS (Home Science) and course coordinator of the programme gave the keynote address, it stated.

During the valedictory session, certificates were distributed to the trainees and exhibition was also conducted. The valedictory programme was also attended by staff of KVK Chandel, it added.