The multipurpose community hall could be utilised by the devotees who come to visit the shrine and for various purposes, the Sekmai assembly constituency MLA said. 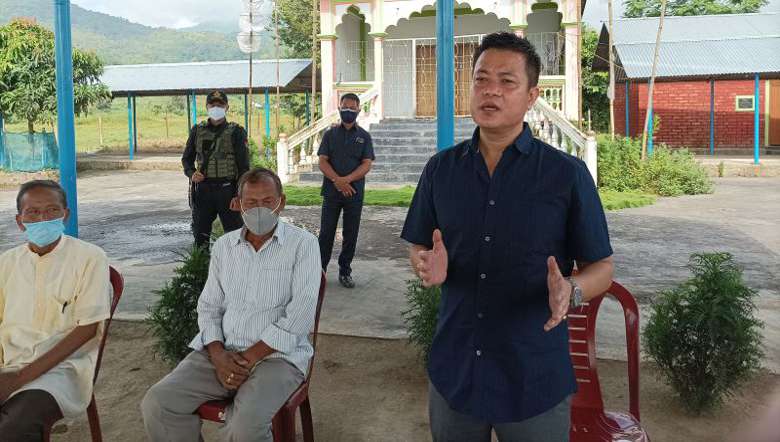 MLA of Sekmai assembly constituency Heikham Dingo on Wednesday assured the people of Senjam Chirang that the shrine of Ibendhou Kounu Lairembi will be promoted by constructing a new multipurpose community hall at the campus of the shrine.

Speaking to the people of Senjam Chirang, Dingo said that the shrine located at Senjam Chirag, Imphal West district is about 3 km away from National Sports University constructed at Koutruk and the shrine could be a tourist site located near the sports university.

The multipurpose community hall could be utilised by the devotees who come to visit the shrine and for various purposes, he added.

He said the multipurpose community hall could be useful for the people of the areas of Chirang and Loitang Khunou. To bring development in the assembly constituency people need to cooperate among each other.

Politicians should also avoid making baseless allegations for the sake of political mileage while someone is trying to improve the road connectivity and other developments in the assembly constituency, he added.

Later, the MLA along with his team members visited the road leading to Koutruk that has been damaged by the heavy vehicles while constructing the National Sports University. He assured the people that the road leading from Helipad, Senjam Chirang to National Sports University, Koutruk will be renovated with black topping at the earliest for the convenience of the people in reaching the university.