Though Vivekananda was a proud Hindu as well as Indian, that did not deter him from pointing out the vices that had plagued the religion and the nation. 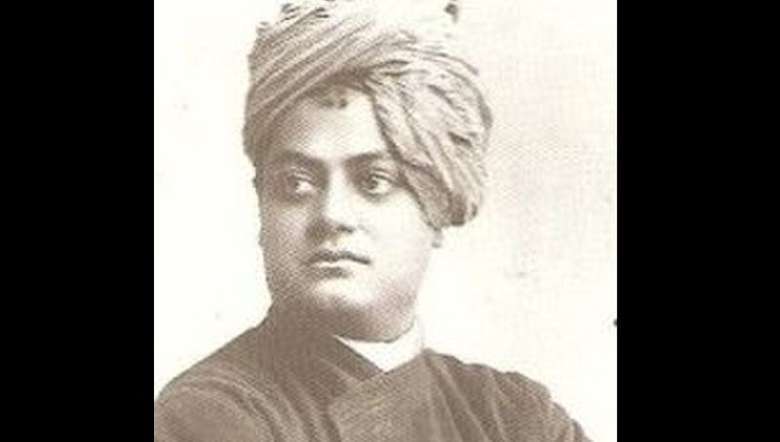 (PHOTO: Wikimedia Commons)
Kudos to Chief Justice of India NV Ramana for asking the nation to embrace the sane, tolerant humanitarian vision of Swami Vivekananda.
While the child Narendranath experimented with hookahs used by different communities to experience how one "loses" his caste or religion, the matured Swami Vivekananda advocated for universal brotherhood and equality of all human beings.
Though Vivekananda was a proud Hindu as well as Indian, that did not deter him from pointing out the vices that had plagued the religion and the nation. Neither did he paint an imaginary story revolving "glory" of ancient India by "discovering" test-tube baby, plastic surgery with Ram's arrows being "missiles" and Kuber's Pushpak Rath an "aircraft" nor tried to impose his religious belief upon other communities by projecting Hinduism and India as superior to others; rather his true love for his own religion and country got translated into love and respect for all religions and humanity as a whole.
It is indeed a disgusting sight when the rabid orthodox pseudo-nationalist merchants of hatred, who have emerged as the self-declared "guardians" of Hindus and "holy cows" and can't hold a candle to the liberalism of the great sage, dare to project the humanitarian harmony-personified Swami Vivekananda as one of their "icons''! Had Vivekananda been alive, he would have got ashamed and disgusted to witness barbaric demolition of Babri Masjid, humiliation of Kashmir, divisive NRC-CAA, muscle-flexing of rabid Hindutva with sole goal of intimidating minorities and Dalits, murderous stance of cow vigilantes, assault on dietary rights and threatening specific groups by invoking imaginary concepts of "Love Jihad" to mention a few.
BJP leaders (in the party as well as in the highest state of affairs) and Bhakts are earnestly requested to not invoke the name of Swami Vivekananda (epitome of communal brotherhood) in their divisive lips and pen! This humanitarian had started the ritual of Kumari Puja by worshipping a four-year-old Kashmiri Muslim girl in Kheer Bhavani in 1898! In contrast when a eight-year old Kashmiri Muslim girl was brutally gangraped and murdered in Kathua in 2018, BJP leaders of the region had bizarrely marched on the streets with tricolour in hand in support of the criminals! So instead of paying lip service to Vivekananda at the drop of a hat, they should try to learn the values of him and treat all citizens and human beings (specially the vulnerable ones in neighbouring countries) on an absolutely equal pedestal  irrespective of their origin-birth-caste-religion-language-race-region.
Let India be guided by the Constitutional spirit of secularism and equality of all along with the humanitarian light of Vasudhaiva Kutumbakam.
(The views expressed are personal)
First Published:Sept. 15, 2021, 2:28 p.m.
Tags: