IFP Editorial: Twenty-nine years have gone by since Manipuri Language was included in the 8th Schedule of the Indian Constitution and yet the language is still to reveal its full potential and rich culture. 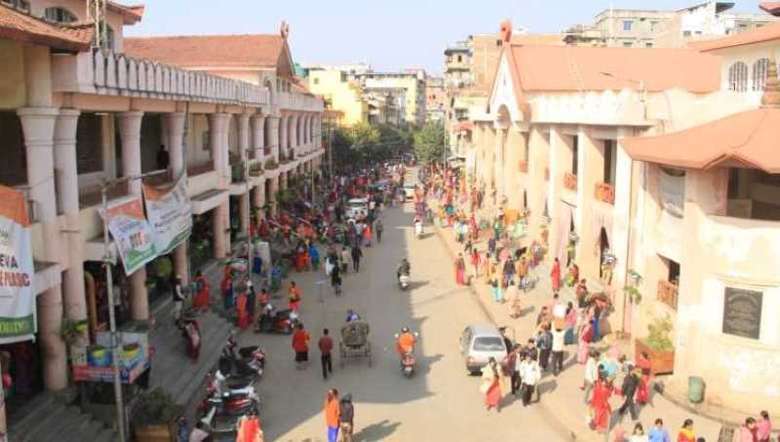 Union Home Minister Amit Shah on Tuesday said Hindi is a friend of India’s regional languages and all of them should be promoted and encouraged. Addressing a function on the occasion of Hindi Diwas, Shah also appealed to parents to communicate with their children at home in their mother tongue even if they study in English medium schools. The home minister also said people should not only be ‘Atma Nirbhar’ (self-reliant) in producing goods but also for languages. Taking a cue from the Union Home Minister’s speech, we feel it is time for our leaders to bring Manipuri language to new heights. Twenty-nine years have gone by since Manipuri Language was included in the 8th Schedule of the Indian Constitution and yet the language is still to reveal its full potential and rich culture. After inclusion in the 8th Schedule, a state Language Cell was opened in the state Education Directorate which was ultimately upgraded as the Directorate of Language Planning and Implementation in 2013 and the basic idea was not only promotion of the state language but also of the various tribal languages and dialects.

Languages, with their complex implications for identity, communication, social integration, education and development, are of strategic importance for people and planet. Yet, due to globalisation processes, they are increasingly under threat, or disappearing altogether. When languages fade, so does the world's rich tapestry of cultural diversity. We must also understand that the number of speakers of a language is very important in consideration of the status of a language. The basic question is how many people speak Manipuri or Meiteilon, which is heralded as the lingua-franca of the state. A common refrain among the revivalists has been that Manipuri language is corrupted with so many foreign words and terms and a concerted effort of weeding out foreign words or ‘lonyan’ from Manipuri language is gaining momentum in recent times. What the revivalists do not understand is that Manipuri language is a dynamic language and it has the strength to absorb foreign words into its fold and also adapt to change and modern realities. One has to believe in the resilience of the language and its adaptability to modern linguistic changes. It is one of the oldest languages in Southeast Asia, which has its own script and written literature. It is one of the oldest languages in Southeast Asia, which has its own script and written literature. Despite being the lingua franca of the state, it is spoken in Manipuri populated areas in Bangladesh, Myanmar and other Northeastern states like Assam and Tripura. Also, there is no dearth of books in the form of manuscripts or Puyas written in old and archaic Manipuri by ancient scholars with subjects ranging from sources of historiography to indigenous knowledge systems, rituals and cultural practices, statecraft, geography and drainage system, genealogy, political allegory, principles of war and humanitarian traditions, and even studies in astrology and astronomy.

Of course, there is also a demand for making Manipuri a classical language. Local linguists say, Manipuri language fulfils all the four criteria set by the Union Government for eligibility as a classical language. There are five classical languages namely, Tamil, Sanskrit, Kannada, Telegu, Malayalam and Oriya. The set criteria is that, the language in question should have high antiquity in its early texts and recorded history over a period of 1500-2000 years; existence of a body of ancient literature texts, which is considered a valuable heritage by generations of speakers; that the literary tradition be original and not borrowed from another speech community, and that the classical language and literature being, distinct from modern, there may also be a discontinuity between the classical language and its later forms or its offshoots. Whatever be the opinion of our local linguists, historians, archaeologists, anthropologists and literary persons, their opinion needs to be complemented by non-local experts and authorities in their respective fields. So, there is a need for our experts to put their minds together so as to be able to present a scientific treatise to push the agenda for classification as a classical language.