MPCC observed a two-minute silence and the party flag was lowered at half-mast at Congress Bhavan Imphal. 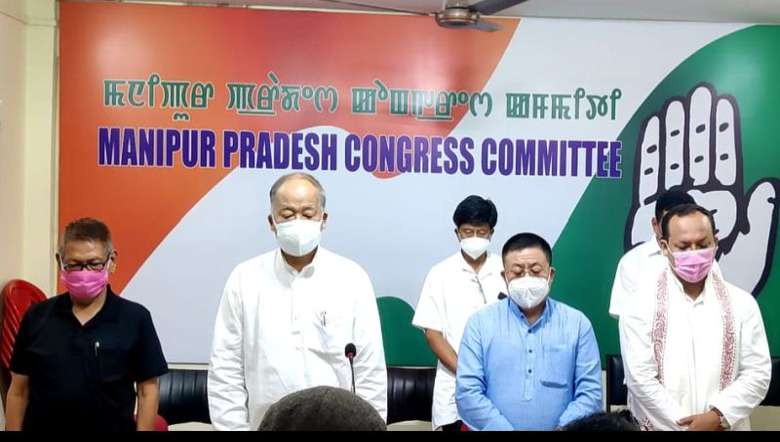 Manipur Pradesh Congress Committee (MPCC) on Tuesday mourned the demise of veteran congress leader and member of Parliament Oscar Fernandes who passed away on Monday afternoon.

As a mark of respect to the departed soul, leaders and members of MPCC observed a two-minute silence and the party flag was lowered at half-mast at Congress Bhavan Imphal.

Speaking at the condolence meeting at Congress Bhavan, Congress Legislature Party (CLP) leader O Ibobi Singh said the demise of Oscar Fernandes is an irreparable loss for the Congress party. He said that Fernandes was a leader who dedicated his life for the party.

Ibobi said the veteran Congress leader possessed a quality of being able to mingle with every individual. During his lifetime, there was none who questioned the sacrifice, sincerity and integrity of Oscar for the Congress party, said the CLP leader.

Meanwhile, a message released by MPCC president Loken Singh stated that Oscar Fernandes was a sharp, strategic and visionary mind of the party, and his contribution to the Congress party for decades was uniquely historic and significantly unparallel.

The message stated that Oscar was widely respected and loved all over the country and was a true leader of the mass. He served the country as Lok Sabha Member for five times and Rajya Sabha for two times. The Congress party lost one of its most distinguished leaders, it added.