Joykishan in his complaint stated that an article written by the state correspondent of The Statesman under the title ‘Shifting sands of Manipur politics’ and published by the national newspaper on August 2 was highly defamatory towards him. 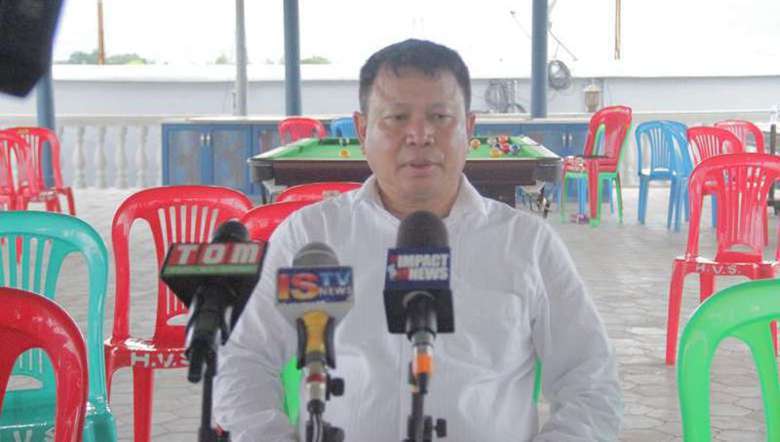 Thangmeiband MLA Khumukcham Joykishan has filed a complaint against the editor and publisher of The Statesman, its state correspondent and editors of two local TV channels for allegedly defaming him in an article and by holding panel discussions on the same.

In this connection, MLA Joykishan submitted a plea in the court for taking cognizance of the offence punishable under section 500 and 34 IPC.

Joykishan in his complaint stated that an article written by the state correspondent of The Statesman under the title ‘Shifting sands of Manipur politics’ and published by the national newspaper on August 2 was highly defamatory towards him.

Joykishan stated that he left his original party BJP close to the 11th State Assembly Election at his own accord without any influence from any quarters. There had not been any kind of action as alleged in the article published.

Parts of the article included in the complaint, which has been alleged of being defamatory in nature, reads “The same goes for Joykishan who was elected on a BJP ticket prior to the 2017 election and would have been the best chief minister candidate for the last election but lured by ex chief minister Okram Ibobi to switch to the congress after reportedly being paid rupees three crore. He won on a congress party ticket than but is again seeking greener pastures, knowing the predicament of contesting election on an opposition ticket as the price of a vote had reportedly been Rs 2,000 last time and is expected to touch a record Rs 5,000 next year. The BJP bigwigs though are apparently not happy with the way he had ditched the party in 2016.”

Joykishan further pointed out that on August 7, a panel discussion was conducted by two local TV channels where the correspondent of The Statesman and the spokesperson of Congress party Hareshwar Goshwami party took part as panelists.

On the panel discussion the journalist boldly said that there is concrete evidence to support his claims published in the newspaper. The Congress spokesperson as a panelist made strong objections but the journalist refused to change his statement by saying that he has concrete evidence. In a similar panel discussion convened by another TV channel on the same day, the journalist said that it may be solved as and when it is clarified either from Joykishan himself or from the former chief minister Ibobi.

Joykishan charged that editors of these TV channels for jointly liability for convening the panel discussion and uploading it at YouTube “without any screening or without any supporting evidence.”

He stated that the news and panel discussion affected the prestige, integrity as well as his reputation. There are also statements made from various angles in support of the statement made by the correspondent whose claims have become a topic in the state, his complaint stated.

It is also mentioned that Joykishan through his legal counsel issued notices to the accused persons by stating facts and circumstances and also calling upon them to clarify the statement. The editor of one TV channel declined to accept the notice.

Joykishan’s counsel submitted before the Chief Judicial Magistrate, Imphal West that the accused persons amount to defamation under section 499 of the Indian Panel Code, 1860 which is punishable under section 500 of the act.

In case, the accused persons are not punished according to law for their illegal acts committed for defaming Joykishan who is none other than an elected member of 9-Thangmeiband assembly constituency for the present 11th Manipur legislative assembly, there will be no rule of law, added the counsel.